Hollywood is excellent at flip-flopping between political stances. First race and gender aren’t important, and then suddenly they are.

Teen pop star Miley Cyrus reacted to the Texas shooting in Sutherland Springs on Instagram, with three long posts attack white males, guns, and Trump in one extensive breath. In her first post, yesterday, she ranted, “This is a TERRORIST act by a WHITE AMERICAN MAN! I am heartbroken & embarrassed. Mortified by our country & its shitty system, lack of control/laws!” 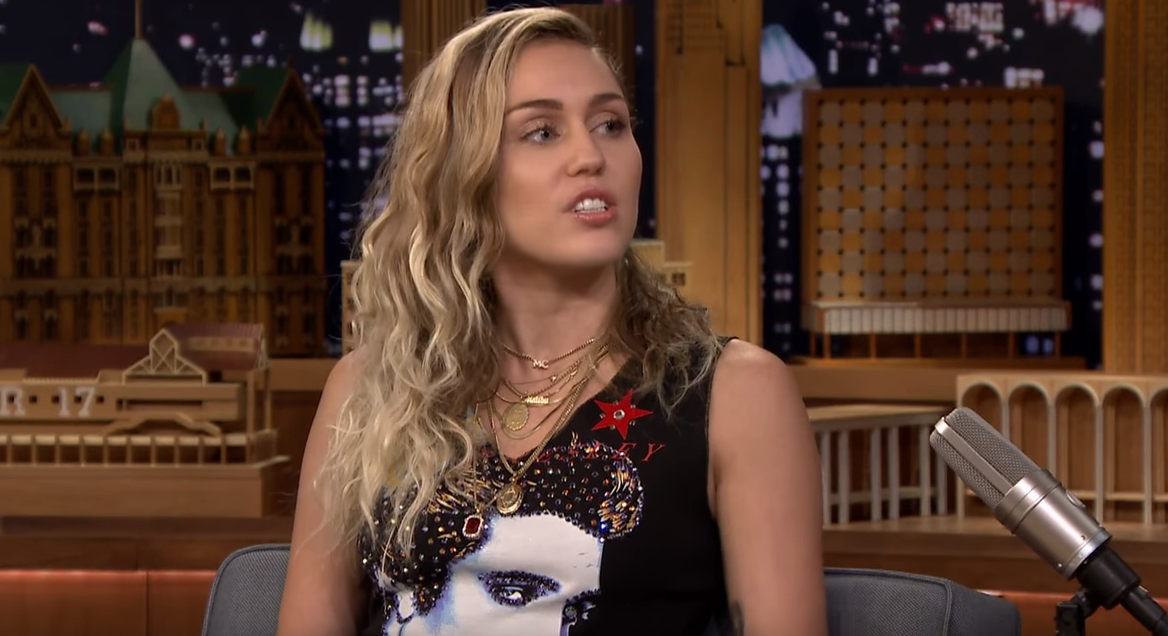 Given the circumstances of the shooting, it’s interesting that Cyrus chose to criticize the “lack of control.” The shooter, Devin Patrick Kelley, should, by law, not have been able to access a gun because of his domestic assault charges and 12-month prison stint, after his discharge from the army. But the fact that he was able to purchase a gun regardless of the laws that prevented him, and the fact that a NRA member was able to disarm the shooter before he caused more deaths, shows just how little Cyrus knew about the situation.

In a second post, she attacked Trump in response to his statement that the shooter was motivated by a “mental health problem.” Cyrus posted, “I’d like to believe that EVERY person who takes the life of another being is “mentally ill”....BUT I am sorry Donald Trump this absolutely is a “GUNS SITUATION” I am aghast by the reaction of my latest post, it is completely amazing to me how defensive and in denial this country really is!”

In the same post, Cyrus decided to bring up the 2016 election, where Hillary Clinton lost. Cyrus had promoted Clinton on social media during 2016, calling her a “total goddess.” She mentioned her idol again in the Instagram post yesterday, in reference to when gender and skin tone matter (apparently she’s still bitter): “BUT those things absolutely matter when ... someone completely legitimate is running for president (versus someone who isn't) , when a car runs over innocent people while professing their love to a GOD different from yours , it sure matters to the cops when they beat or even kill innocent people of color , it even matters at the airport/on an airplane or in immigration when folks are completely profiled & judged for their background . NOW it doesn't matter if someone is a man or woman?”

Cyrus continued to scold her critics: “So since this tragedy has occurred (coming off the cusp of Vegas, another terroristic act by a white American male) DONT START to be all innocent! Gender , race , & religion HAS and continues to matter for all the wrong reasons & that's only the beginning of how backwards this country is! All of you are so focused on protecting yourself, you've completely forgotten that you're not the only one that has to live in this country or on this planet! Aren't you exhausted? Because to be honest I am fucking sick and tired of starting everyday with tears and in mourning! Let's unite! Trump never needed to build a wall for us , we've done it ourselves!” She’s correct in that celebrities have only added to the political division in this country.

The tirade ended with a very hypocritical comment: “I do NOT & refuse to generalize or stereotype! Facts are Facts. You are all correct to believe every human deserves the same respect .... but please keep that in mind when you're judging others. NOT just with the race , religion , gender , or sexuality which YOU identify with.”