While the media covered up the breaking news put out by The Hill that the FBI discovered Russia’s alleged monetary involvement with the Clinton Foundation in an uranium deal with the Obama administration, libs and journalists on Twitter are trying to find a way to spin the story in their direction.

Efforts included a stalwart defense of the Clinton Foundation (which received millions from Russia), attempts to shrug off the story as untrue and an enhanced focus on the left’s favorite theory: the “Trump-Russia scandal.” 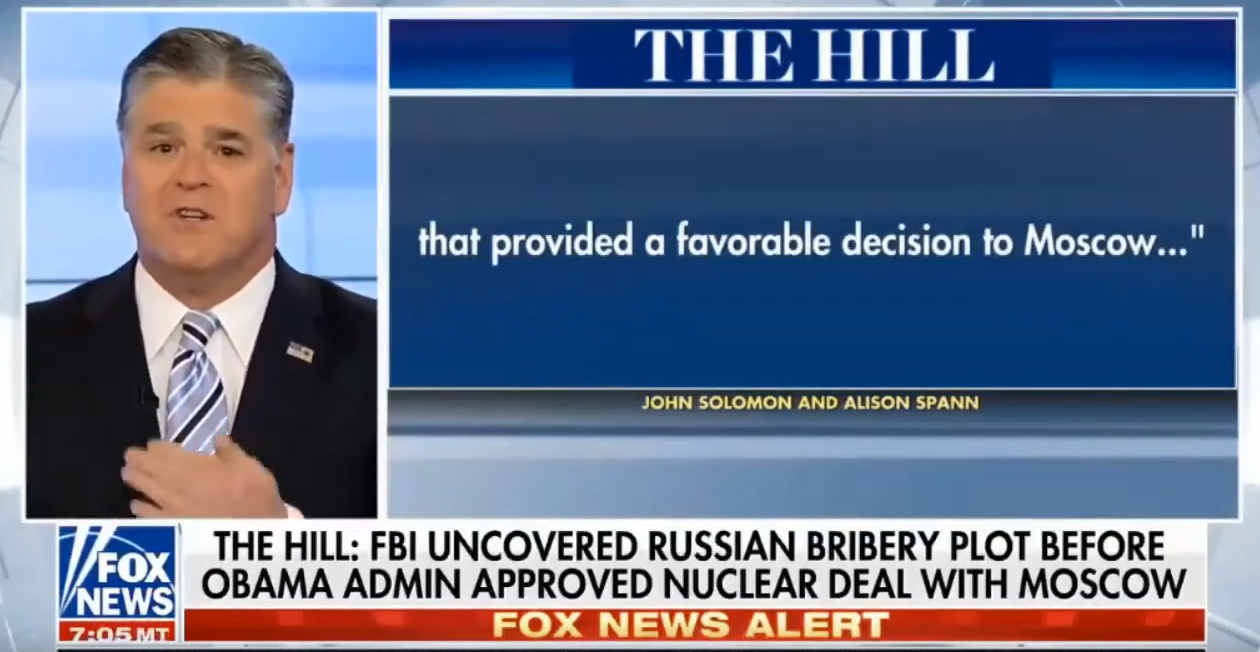 Charlotte Laws, a columnist for The Huffington Post, tweeted, “So tired of hearing about Russia (regardless of whether tied to left or right). Come to me only when you have fact & final investigations.” Never mind that The Hill’s story seemed pretty decisive. The Clinton Foundation had millions sent from Russian nuclear agents, according to an eyewitness account told to the FBI.

MSNBC political analyst Joan Walsh tweeted, “Wait, what? CLINTON-Russia collusion? Who's claiming this?” Her sentiment echoed the rest of the media, who, with the exception of CNN’s Jake Tapper on Twitter, have blatantly ignored the scandal.

Except for John Levenstein, an Arrested Development writer, who tweeted, “I'm more comfortable with Dems being called Russia-loving commies than w/ Republicans being in bed with Russia, which still seems odd to me.” Really? It’s ok for Democrats to work with Russia but not Republicans?

Screenwriter Amy Holden Jones tweeted in response to President Trump’s tweet about Russian donations to the Clinton Foundation. “I hope they did. Clinton Foundation is an A rated charity that gave billions to poor,” she wrote. “You are panicking. Selling hate doesn't work forever.”

And like most other Trump critics, MSNBC analyst David Corn chose to focus on the Trump/Russia theory, and tweeted, “Hard to see how it can thoroughly investigate the wide-ranging Trump-Russia scandal without a much bigger staff devoted to the probe full-time.”