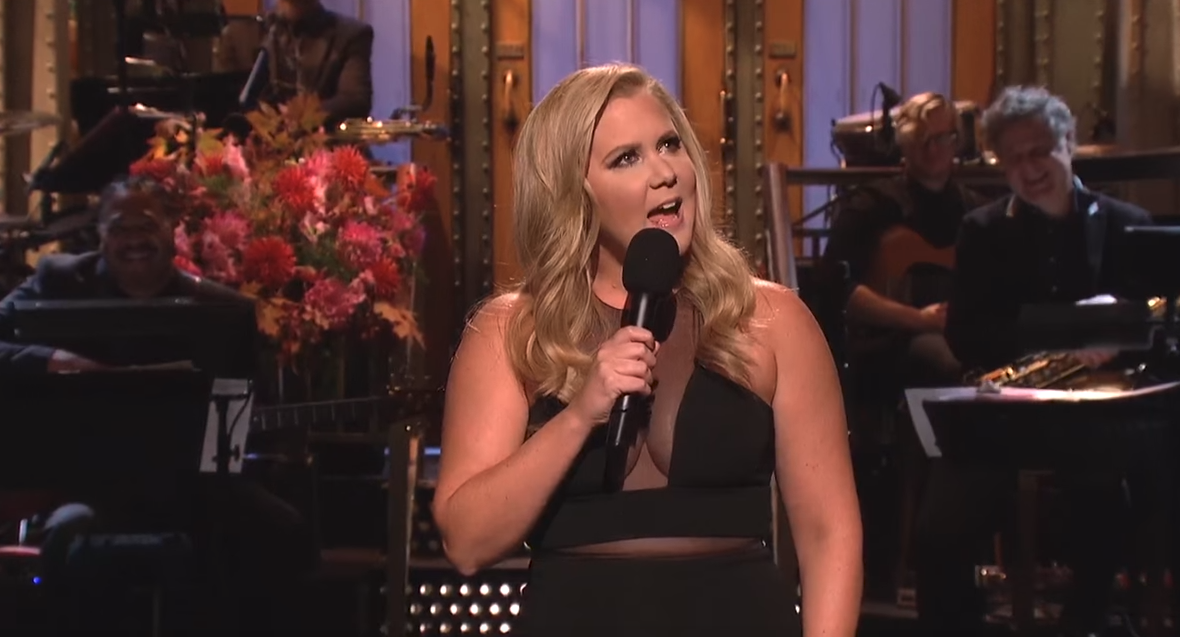 On Instagram on October 12, actress and comedian Amy Schumer decided that now was the time to call for the 25th amendment to be invoked against Donald Trump. Her call for action was nothing new--Hollywood has been doing this since November 9, 2016. However, Schumer wanted Hillary to replace Trump as president, calling her “mom.”

Her statement, put as a caption under the photo which said, “25th Amendment anyone?”, went thus:

“This has been cool and fun and you guys were so right about her e-mails and thank God we went your way but I think we are ready for mom to pick us up from this slumber party because we have kind of had enough and because we love Puerto Rico and our LGBTQ friends and we kneel with our brothers and sisters who choose to and because we don’t want WW3 on our ovaries or for our soldiers so you can make more money and a golden gun with your name on it. So what do you say? #25thamendment.”

It’s ironic that she wanted this, because while her head is stuck in the clouds, other libs are criticizing Clinton for not speaking out against producer Harvey Weinstein. She waited five days before making a statement about her longtime supporter, now being investigated by the FBI. CNN’s Anthony Bourdain, who is not sympathetic to the conservative movement, tweeted that he found Hillary’s statements on CNN a “real disappointment.”

However, Schumer has remained silent about the Weinstein controversy. Even though she is a feminist who has spoken out before, Schumer’s goals are clearly more political than ideological. Like Clinton, Schumer has plenty of time to criticize conservatives about gun control and reproductive rights, but no time to speak up about sexual assault coming from liberals.