One can’t accuse people of being racist and then casually fling racial slurs around.

But Saturday Night Live’s Michael Che did just that, on the “Weekend Update” skit. After playing a video clip showing Trump criticizing the mayor of Puerto Rico, the actor ranted, (presumably as a part of the skit.) He said, “Oh really Donald? You bitch … write them a check with our money you cheap cracker!” 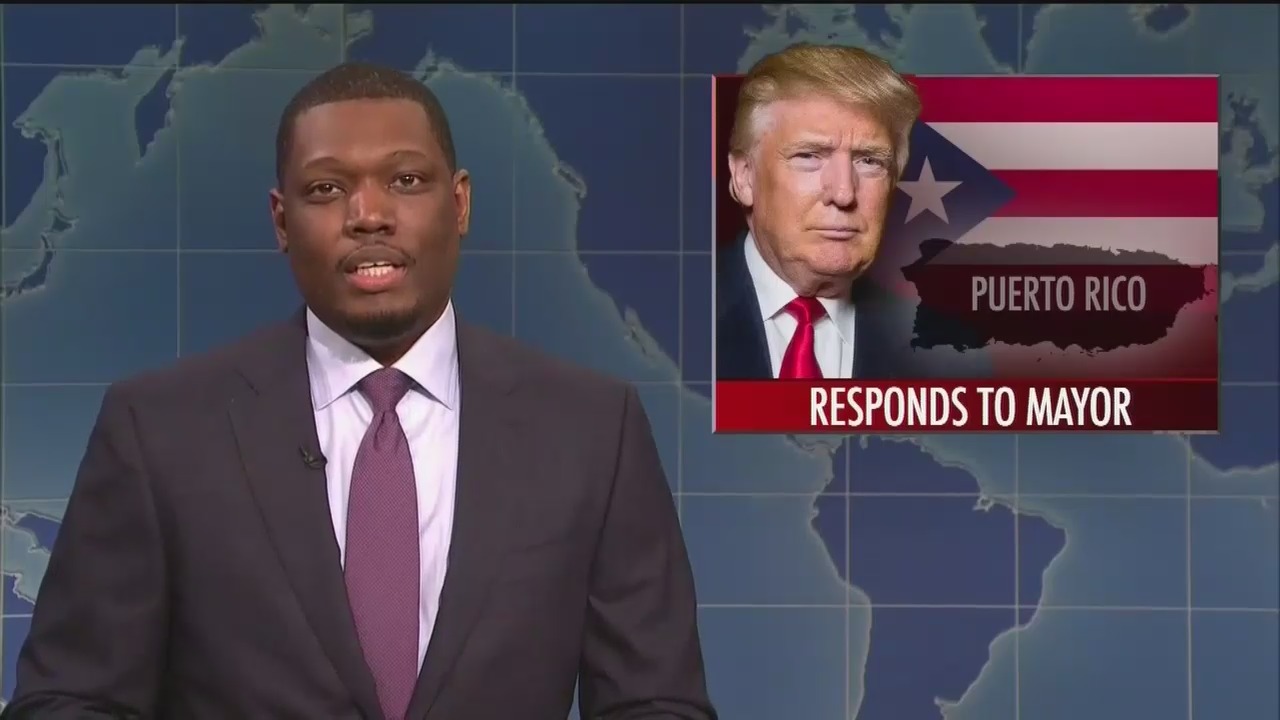 The episode took many a swing at Trump and the White House, including a skit where the actress impersonating Sarah Huckabee Sanders says, “People listen to me because I’m no nonsense -- but I’m all nonsense.” The skit, which was the show’s beginning to an otherwise apolitical episode, showed Jeff Sessions sitting on Trump’s lap, apparently as a form of punishment.

But during the “Weekend Update” skit, buried beneath some imitation of Angela Merkel as someone who still has undying love for Obama, actor Michael Che broke into a rant about Trump’s criticism of Puerto Rico, implying that the president was a racist for helping the “white people” in hurricanes but not the Puerto Ricans. The rant ignored the fact that Trump lifted the 1920 Merchant Marine Act for 10 days in order to help the people of Puerto Rico, as well as his planned visit to the island.

“Oh really Donald? You bitch. Was she nasty to you? How nasty? Are you shaking? Do you want to go smoke a Virginia slim until your hand stops moving? This isn’t that complicated, man, it’s hurricane relief. People need help. You just did this for white people twice. Do the same thing! Go tell Melania to put on her flood heels, get some bottled water, some food, pack up some Atlanta falcons superbowl t-shirts, and write them a check with our money you cheap cracker! In one month you’ve mishandled Puerto Rico, DACA, the NFL--it’s like when anybody darker than your golf pants has a problem you’re thinking how can I make this worse?”