The only unforgivable sin in this culture are being conservative. Everything else is so easily forgiven and forgotten by the media.

Kathy Griffin made it to the cover of The Guardian this week, dressed as Che Guevara, the infamous Marxist revolutionary who helped bring communism to Cuba and murdered a whole lot of people while doing it. The public most likely knows her best as the woman who channeled ISIS and held up a severed bleeding fake head that looked like Trump for a photoshoot. But in the interview, Griffin maintained that she had done nothing wrong. 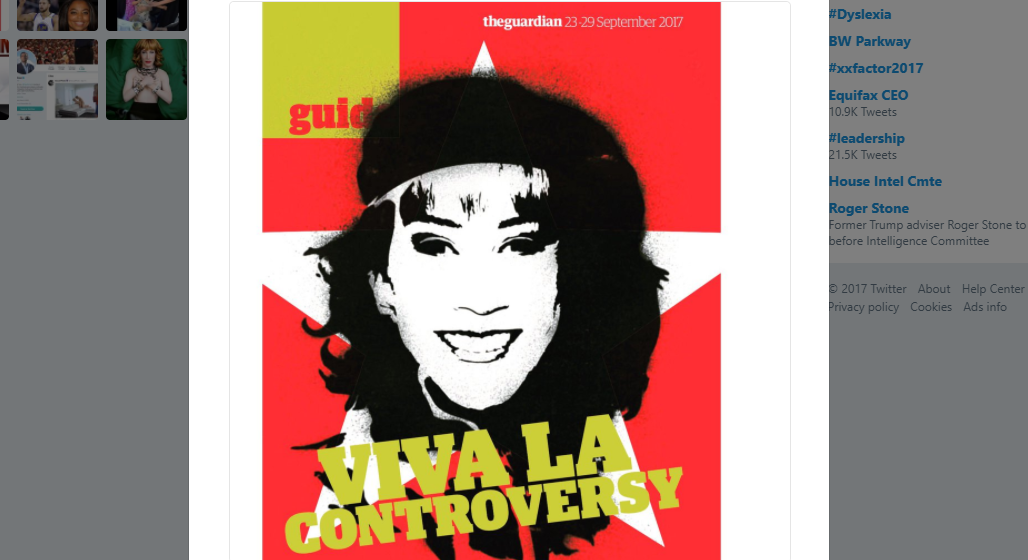 “I took a picture that you or any one of your friends could make,” she whined. “I put it online and was under federal investigation for conspiracy to assassinate the President of the United States of America.” Yes, making fake beheading photos is a classic tradition at slumber parties. In a recent tweet, Griffin stated that she “shamed the current (accidental) prez.”

“I was vilified by everyone,” Griffin told The Guardian. “I was vilified by Chelsea fucking Clinton … Nobody had my back. It happened so fast. I didn’t see it coming.” This statement begs the question: how desensitized does one have to be to not realize that holding a bleeding head of anybody might be going too far?

The Guardian justified its decision to make the controversial Griffin its cover interview by saying that anti-Trump propaganda is literally the backbone of comedy in 2017. Jonathan Bernstein argued that “American comedy is synonymous with being loudly anti-Trump,” which is true. But he found a hint of irony and misogyny in the fact that Griffin became the scapegoat for audiences’ rage.

He must have been listening to Griffin too long. When Bernstein told his thoughts to Griffin, she said, “I will not be convinced this was not a straight-up case of sexism and ageism. I really thing Trump went for me because I was an easy target.”

Then she went on to address how she really felt about Trump: “I will openly accuse the President of the United States of human rights violations . . . This administration is a fucking nightmare for us.”

Well, bleeding severed heads have certainly added to the nightmare that is Hollywood. Maybe sit this administration out, Griffin.