Whenever President Trump says anything, you can bet that somewhere, some #resisting celebrity is screaming. So it should come as no surprise that some of the bigger names in Hollywood threw an extensive collective temper tantrum to their millions of followers on Twitter and Instagram, directed at Trump and Trump voters. Disappointingly, no one star thought to fight the stream of filth that happened.

The usual suspects, Chelsea Handler, Michael Moore, John Cusack, and Don Cheadle shared their blunt and somewhat stereotypical criticisms. Actor John Cusack was perhaps the most disappointing and vulgar, stating that in the next Trump speech the president will “deficate (sic) on stage.” Couldn’t even spell it right. 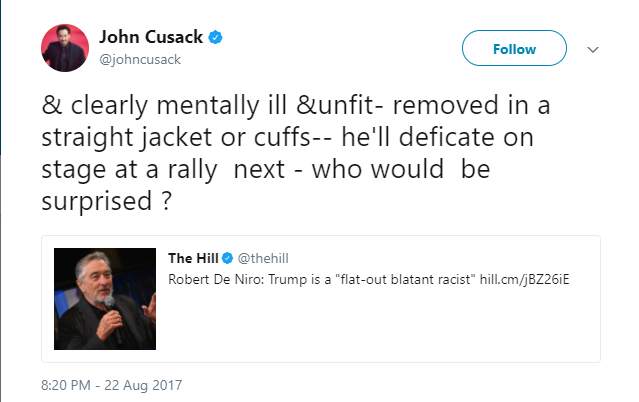 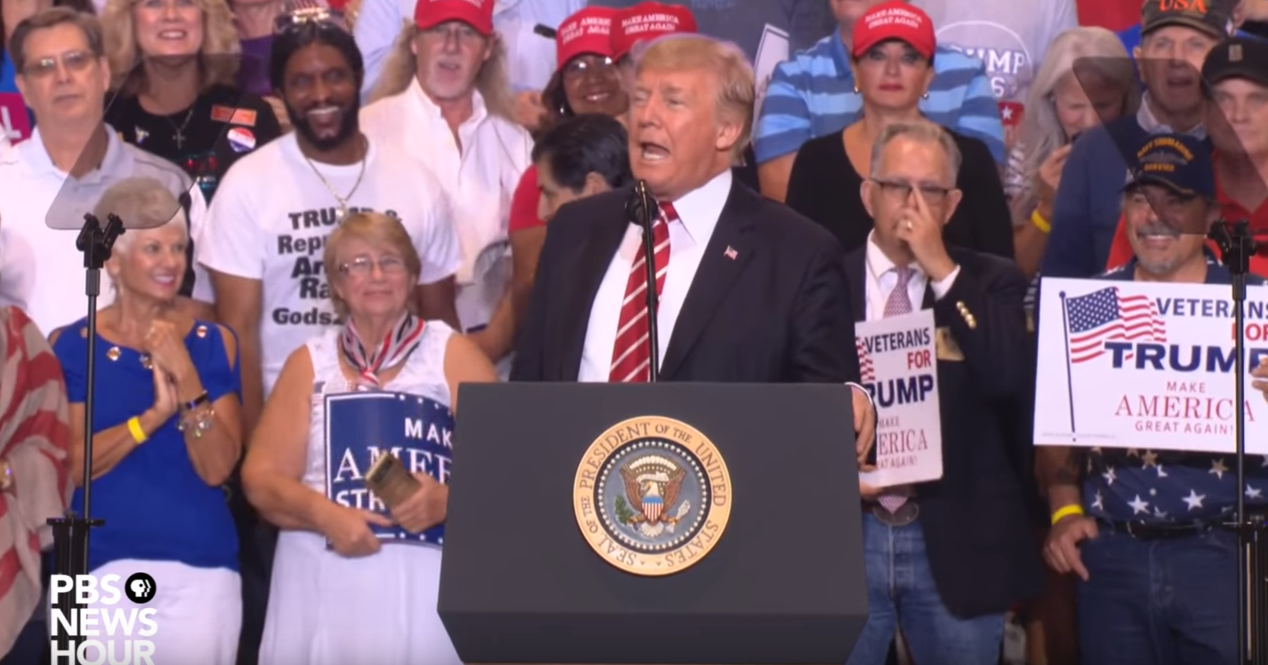 But the rest of the overwhelming words of hatred that poured from the mouths of the elite showed that once again, Hollywood is full of vile, vulgar open mouths that are never censored, only praised.

Handler, the Netflix comedienne who’s been calling for a military coup, reacted with “What a terrible time for America...What a shameful disgrace.” Director and semi-professional protester Moore referred to Phoenix as “Nuremburg.” (He also triple posted this to Instagram, Twitter, and Facebook. Really, that’s original.) Don Cheadle called Trump “the Divider in Chief.” 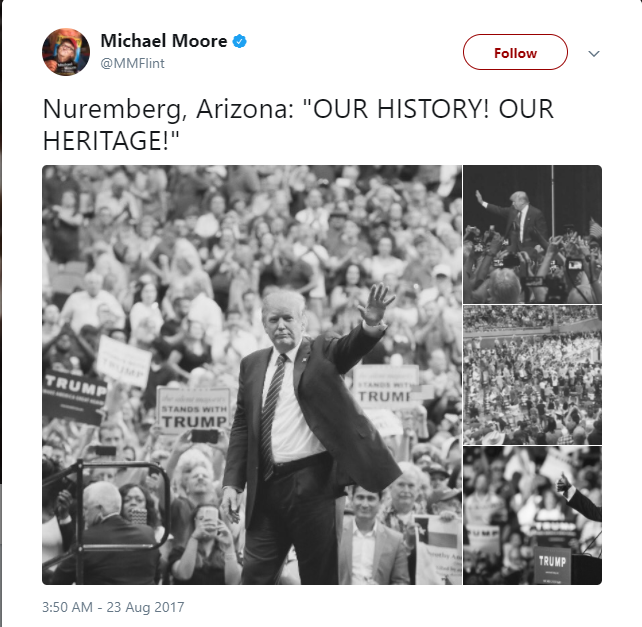 Seriously, how does this boost their credibility? How does it get people to listen? Olivia Wilde put out an instagram selfie, with the caption, “Hi good morning I despise Donald Trump with all my guts, and his speech last night only confirmed what a pathetic, petulant, dishonest pig he is.” 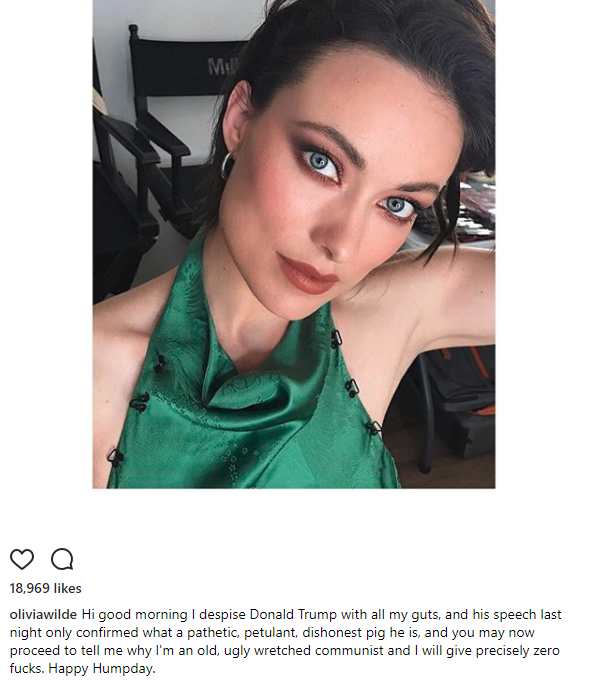 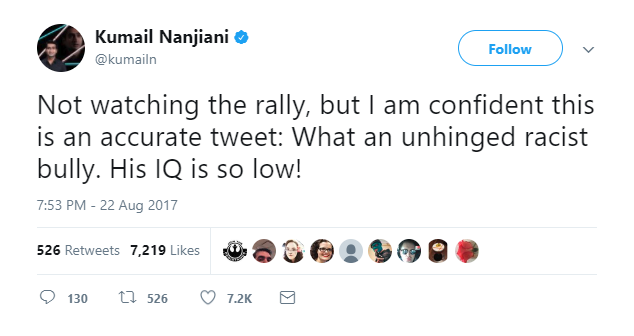 Funny Or Die’s Billy Eichner attacked the voters: “Trump voters were “angry!” Guess what? We’re all fucking angry. Impeach.” Actor Josh Charles said, “Fuck anyone who supports him.” Alyssa Milano asked who was “paying for the #phoenixRally.” 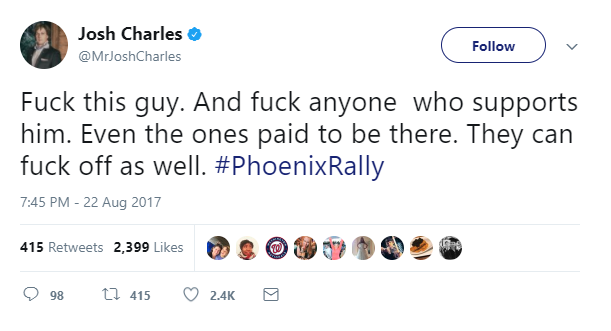 And then there is the bitter Rosie O’Donnell, with her video expressing her rage. Just what she was enraged about is … hard to tell at best.