ESPN has “shifted from sports to become the Extra Stupid Progressive Network,” Gainor said. He told Intelligence Report anchor Trish Regan that the sports network “does not live in the real world.” 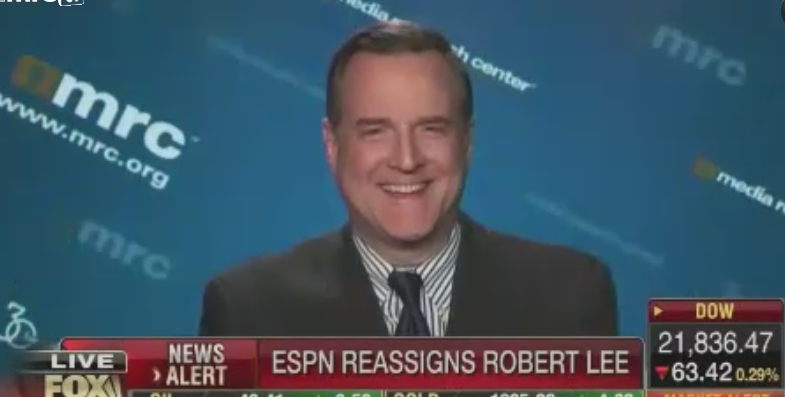 Regan and Gainor were discussing the Robert Lee controversy, where a sportscaster was cut simply because his name was similar to the Confederate general Robert E. Lee. ESPN moved their unfortunately named sportscaster to another football game for play-by-play analysis.

“[ESPN] turns everything into politics,” Gainor continued. “And the reason why they did this particular move is because they recently got beat up by lefty complainers because they ran a fantasy auction draft on their network and got criticized when people said it looked like a slave draft.”

He also connected the ESPN scandal to the current discussion over the removal of monuments noting, “The left is in a cultural revolution. They don’t just want to get rid of civil war monuments. They want to purge anything they don’t like. If you’ve got an inconvenient name, it screws up your career.”