Joss Whedon is a feminist. The director is a paragon of exquisitely progressive feminist sensibilities. He’s a right-thinking social justice warrior who values women as human beings, who believes in pay equality and probably likes to have a good cry.

That’s according to his fawning fans in the media, and Whedon himself, of course. To hear them tell it, the only thing that stands between Whedon and total feminist perfection is biology (and a sense of humor). Surprise! His ex-wife tells of a very different Joss Whedon. 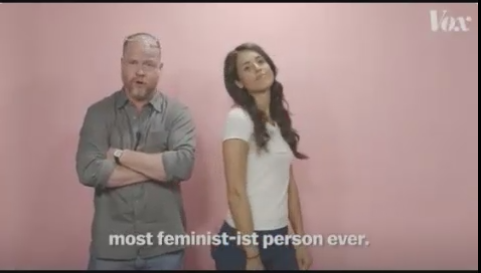 On August 20, Whedon’s estranged wife, Kai Cole, published an open letter on The Wrap, where she exposed her ex-husband as a liar: someone who used her as a “shield, both during and after our marriage, so no one would question his relationships with other women or scrutinize his writing as anything other than feminist.”

A brief search of Joss Whedon’s name revealed some big name media plugs for the director: The Guardian, Vulture, Jezebel, Vanity Fair, Hollywood Reporter, Rolling Stone, Forbes, Time, Glamour and Mother Jones all heralded and praised Whedon as a feminist. Not to mention, Vox did a video on Twitter with Whedon campaigning against Donald Trump in 2016, calling the director “the most feminist-ist person ever.” In fact, in the year 2017 alone, the media referred to Whedon as a feminist in 9 different sources.

Time even referred to him this past year as the best possible feminist director: “If you’re looking for a high-profile, ardently feminist man to direct a movie about a female superhero, you can’t do much better than Whedon.”

But dig a little deeper and you’ll find clues that maybe Whedon is more Cave Man than Pajama Boy. IndieWire published an fan letter in 2015 about how Whedon’s treatment of Black Widow, a character in the Avengers: Age of Ultron, was anything but feminist. Whedon had given the female superhero the detail of having been sterilized by the Russian government. She then describes herself as a “monster” in the film, comparable to the Hulk. How did perpetually offended feminists miss Whedon portraying a woman who can’t bear children as defective.

According to Kai Cole, Whedon had been hiding, “multiple affairs and a number of inappropriate emotional ones that he had with his actresses, co-workers, fans, and friends, while he stayed married to me.” So instead of being the feminist mogul the media assumed he was, Whedon was literally no better than a 1950’s era director who used and abused the women he worked with.

The director also allegedly fired actress Charisma Carpenter for getting pregnant while playing a character in the Buffy  spinoff Angel. Fans have in the past accused him of being inspired by sexual fetishes, and practicing a sort of fake feminism. In shows such as Buffy, Whedon portrayed the main character’s sexual assault in a violent, brutal fashion. And then allowed both the assaulter and the victim to become a celebrated couple in the show!

And yet somehow, The Guardian gave Whedon a whole story in 2015 focusing on his criticism of Jurassic World’s sexist plot, calling a leaked clip “70’s era sexist.” He then apologized for his outburst but defended himself saying, “I literally just went … I was so shocked!”

The feminist group Equality Now gave Whedon an award in 2006, and in 2012, he wrote a skit for the group’s award ceremony. The skit was  then published in Vulture as an “anti-sexism” plot.

In 2013, Jezebel published his rant on the word ‘feminism’ in its entirety, calling it “the best articulated explanations on the power of words” and declaring it “necessary.”

And in 2016 Whedon gushed about Hillary Clinton to Mother Jones, predicting that Hillary’s win would “cause some terrible misogynist backlash, and I assume we’ll look forward to eight years of jaw-droppingly sexist statements.”

In May of 2017, Joss Whedon shot a three-minute PSA for Planned Parenthood, and called the effort to shut down the pro-abortion organization “inhuman.”

How inhuman of him to fake being a feminist for the sake of pleasing the media. In the words of Kai Cole, “Despite understanding, on some level, that what he was doing was wrong, he never conceded the hypocrisy of being out in the world preaching feminist ideals, while at the same time, taking away my right to make choices for my life and my body based on the truth. He deceived me for 15 years, so he could have everything he wanted.”

And the media blatantly ignored the voices of the people and bought his lie.