Chelsea Handler Is Calling for a Military Coup

If both the Daily Beast and Fox News are disturbed by Chelsea Handler’s tweets, she must be doing Twitter wrong.

While the rest of the media melted down over the “Unite the Right” rally in Charlottesville, on August 11, Chelsea Handler wrote, “To all the generals surrounding our idiot-in-chief...the longer U wait to remove him, the longer UR name will appear negatively in history.” 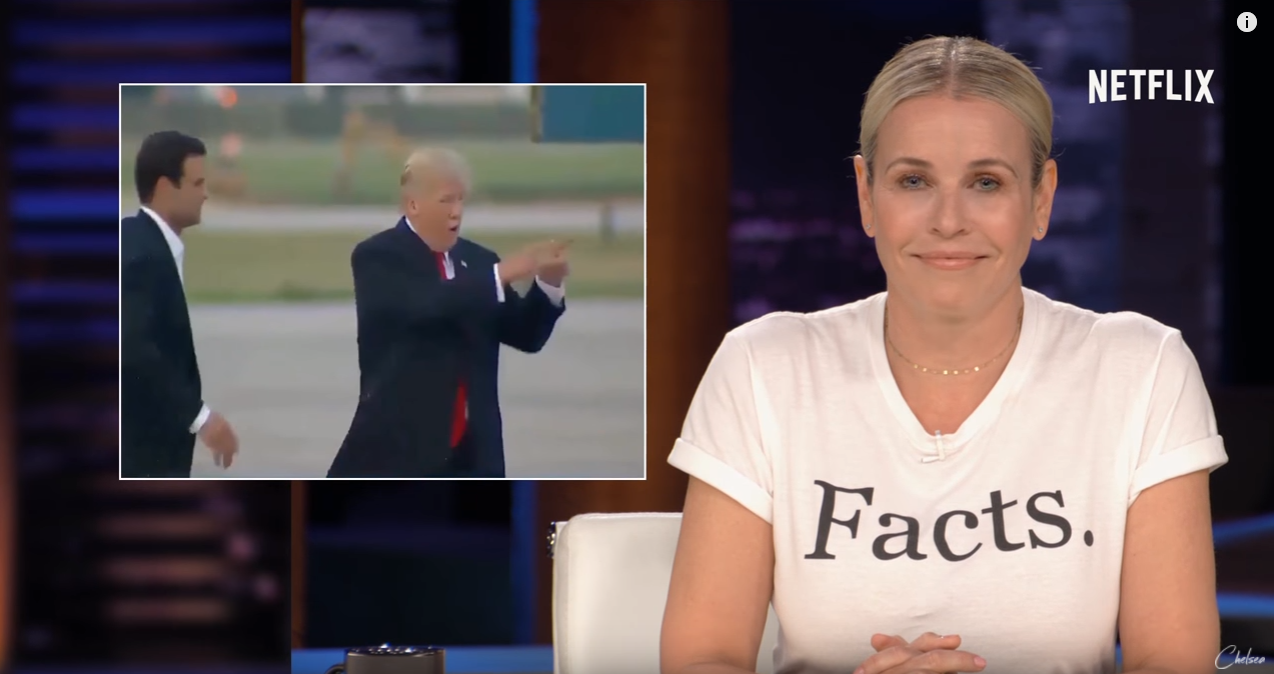 Et tu, Chelsea? Maybe she’s seen the Julius Caesar production, where a Trump-lookalike is stabbed, too many times. Calling for a coup is not funny, and both sides were quick to condemn her.

The Daily Beast did a surprising article with the headline, “Chelsea Handler’s Twitter Feed Has Officially Gone Off the Rails.” In some ways, it defended her (because liberals can’t entirely disavow their wealthy propaganda pushers) and said, “Handler is understandably unnerved by how precarious everything in this country feels right now. Who could blame her?”

The author, Matt Wilstein, tried to gently tell Chelsea that now is not the time to go flying off the handle and stated, “More than ever, the #Resistance has to avoid sinking to President Trump’s level. . . When Trump goes low, the answer is not to call for a military coup.” But this begs the question: what is the purpose of the #Resistance anyway?

In the past week, Handler also called for restrictions on free speech, saying there should be laws against people who make racist comments. However, if these restrictions should exist, then shouldn’t there be restrictions against those who try to incite internal military violence?

Oh wait, there is! It’s against the law! According to U.S. law, “Whoever knowingly or willfully advocates, abets, advises, or teaches the duty, necessity, desirability or propriety of overthrowing or destroying …. by the assassination of any officer of any such government. . . shall be fined under this title or imprisoned not more than twenty years, or both.”

OK, she stopped short of calling explicitly for assassination, but some of her famous friends haven’t. Madonna wanted to blow up the White House at the Women’s March. This needs to stop being normal before someone takes them seriously.

Shakespeare wrote that “the evil that men do lives after them.” Maybe Chelsea has discovered that no one will remember her for her tasteless humor and wants something a little more substantial under her name in history. To paraphrase Shakespeare, the fault, dear Chelsea, is not in the stars, but in your tweet.