Book: Feminists Should Embrace Their Inner Witch (Or Something)

Are you a good witch or a bad witch? The question is currently being asked by feminists who want to use the idea of being a witch to their advantage.

In the new book, Witches, Sluts, Feminists: Conjuring the Sex Positive, author Kristin J. Sollee argues that witches are a good term to fall back on for feminists, since “Men have always feared powerful women.” 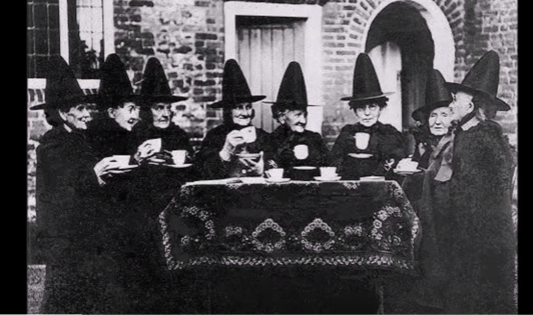 The Guardian’s review of the book glorified the new side of the feminist fight, quoting lines from the book such as: “Witches, sluts, and feminists embody the potential for self-directed feminine power, and sexual and intellectual freedom.” According to the article, the book offers explanations in detail about witches, intersectionality, and “the unique oppression faced by witches of color.” Seriously.

Hillary Clinton has her own chapter in this book as the “Wicked Witch of the Left.” As a victim of the horrific misogyny of voters and white supremacists, Hillary was clearly a suffering target of the patriarchy. One of the main reasons for her loss was her “perceived audacity in grasping for power,” which of course made the patriarchy feel threatened. All of the scandals and corrupt policies surrounding her clearly had nothing to do with her losing the election.

The rest of the book focuses on how witches are the feminist ideal to strive for, either literally or figuratively. Because of course the left is great at leaving things ambiguous and undefined, like their morality, there is no discussion as to the value of actual witchcraft, but it is seen as building community and bringing people together. Kumbaya, witches.

The Guardian, of course, praised Sollee for “building a positive outlet for collective catharsis.” And there is no one ideal to achieve as a witch. Literally, you can choose to be a good witch or a bad witch, it will all help the cause. Also, it’s important to keep in mind that witches also face discrimination and hatred in this world that other grievance groups can only dream of.

By the pricking of their thumbs, something wicked this way comes: “People fear what they can’t control,” according to Sollee. So it’s a good thing that feminists are in collusion with witches. It will strike fear in the patriarchy’s heart. Especially if they bring in the flying monkeys.