Jay-Z’s Anti-Semitic Lyrics: ‘A Compliment To the Jewish Community’

Jay-Z is not the left’s brightest intersectionalist. In his new album, 4:44, in a song called, “The Story of O.J.,” the rapper may have accused Jewish people of “owning all the property in America.”

According to Hollywood Reporter, the song, “The Story of O.J.,” is an attempt to see the world through the convicted O.J. Simpson’s eyes, using exaggerated stereotypes to tell the story. Music manager Guy Oseary claimed that the line was a compliment to the Jewish community. 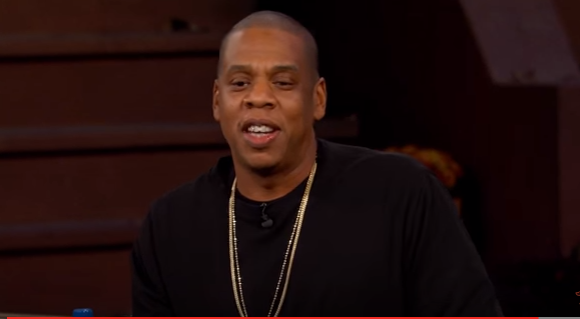 The lyric goes as follows:

“You wanna know what’s more important than throwin’ away money at a strip club? Credit./

You ever wonder why Jewish people own all the property in America? This is how they did it.”\

Oseary argued on his instagram post that Jay-Z was attempting “to use the Jewish people in an exaggerated way to showcase a community of people that are thought to have made wise business decisions.” He went on to say that there are only 14 million Jewish people in the world, so clearly Jay-Z’s lyric is an exaggeration.

Many of the album’s reviews, in such mainstream media as the New York Times and the Washington Post, ignore the throw-away line in the song and focus on the other songs, such as the ones that admit to Jay-Z’s infidelity to his wife and the one praising his mom for coming out of the closet. The rapper and his wife, Beyonce, were avid campaigners for Hillary Clinton in 2016, joining her in a concert to get younger voting audiences involved, and then later creating a PSA for Clinton. Jay-Z has also been a big supporter of Obama, and the former POTUS even inducted the rapper into the Songwriters’ Hall of Fame in June. To accuse or even hint that Jay-Z’s lyrics are anti-semitic would be catastrophic for the left.

However, Slate openly disagreed with Oseary’s statement, and said that while the song, “The Story of O.J.,” could have been “an unflinching examination of race in America,” it failed completely in what it set out to do by tossing those “idiotic stereotypes.”

Not to mention it makes no sense for Jay-Z to be pulling out stereotypes, since he has been extremely vocal about the Black Lives Matter movement in the past.

Since when is emphasizing a racist stereotype a compliment?