Teen Vogue: Intersex People Are As Common As Redheads

Teen Vogue wants you to know that there is no shame in embracing who you really are. So they had “teen activists,” who identified as intersex, of course, do a video for their readers explaining what it means to be a non-traditional gender.

The video started with, “Hi, I’m Emily, and I found out I was intersex when I was 10 years old.” Emily, with two other teens, explained that doctors told her to keep her condition quiet. The aura of a medical conspiracy was kept at the forefront of the video, with Pidgeon, another teen, telling the audience that they may be intersex if they had “gone to the doctor. . .and it just seemed a little inappropriate or different than your peers,” then they may in fact be intersex. 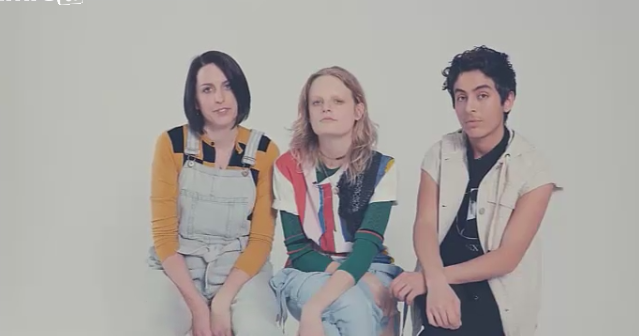 The article and the video, subtitled “Not All Bodies are Binary,” gave an argument for the case that there are more than two genders. Because some people are born with different parts, hormones, or chromosomes.

One teen, Emily Quinn, explained to the audience, “We’re often taught that there are only male or female bodies. . .People think that biological sex is very binary, that it just has to do with your genitalia, but a lot has to go into your sex.”

The contributors to the article agreed. “This is totally true,” they said, citing an angry biology teacher’s facebook rant as proof. Wow, that’s a great source they cited. The teacher said people can be born female but turn male at the age of 12 by growing male genitalia. She also stated that being intersex could include having a different chromosome or a different hormone than the “gender assigned at birth.” Of course, she gave no sources for her information.

The article also quoted a statistic from Brown University, saying that intersex people form 1.7% of the population. This statistic allowed the magazine to infer that “it may be just as likely that you are born intersex as born a redhead.”

Really? So assuming that the world’s population is at 7.5 billion, this means that over 100,000,000 million people are intersex. Neither male nor female. That number seems a little extreme. Even Teen Vogue admitted it was “debated.” The study was released in the late 1990s and included different types of anomalies that doctors no longer count as intersex, according to a more recent study. In fact, some analysts have suggested that the actual population of people who can be classified as intersex is 100 times smaller, at .018% of the world’s population.

The teens told the audience that they used magazines and the internet to help them discover who they really were. Since being intersex seems like a condition that could be so obvious, why did they need the media to tell them their gender?