Johnny Depp: ‘When Was the Last Time an Actor Assassinated a President?' 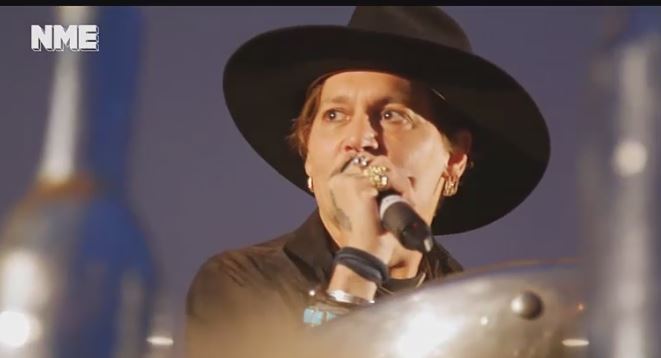 Update: Depp has since apologized for his remarks, saying, "It did not come out as intended, and I intended no malice. I was only trying to amuse, not to harm anyone."

On June 22, at the Glastonbury Arts festival in England, Johnny Depp decided to join the circle of violent speech aimed at President Trump while introducing one of his films onstage.

“Can we bring Trump here?” he asked the audience. When met with boos of disapproval, he tried to explain. “I need think he needs help. Oh, this is going to be in the press, it will be horrible. But when was the last time an actor assassinated a president?” The actor, best known for his role as Captain Jack Sparrow in Disney’s Pirates of the Caribbean series, knew how to work the room. The statement was met with cheers and applause from the audience, who, even though they were British, might have gotten the reference to John Wilkes Booth, the actor who assassinated President Abraham Lincoln in 1865.

“I want to clarify, I’m not an actor,” he said. “I lie for a living. However, it’s been a while, and maybe its time.” What does that mean, maybe it’s time?

The response of the audience was pretty positive and clear. People do respond to influential figures in Hollywood. And standing up on that stage, Depp’s statement brought approval, laughter, and roars from the crowd. It made a statement.

The New York Times said that “critics describe [Depp’s remarks] as particularly distasteful and dangerous given their timing.” You don’t say? Rep. Steve Scalise is still in ICU and Depp is publically fantasizing about killing President Trump.

Depp definitely knew the impact of his words, evident from his comment, “Oh, this is going to be in the press.” Perhaps it's time for celebrities to stop trying to revitalize their careers by trying to start a political scandal.