Daughter of Brian Williams On Politics: ‘Who Do I Charm or Bully?’

Allison Williams, former star of Lena Dunham’s politically charged TV show Girls, apparently doesn’t want to get political herself. However, she will admit that the Trump administration gives her a sense of “fascination -- and fear.”

According to POLITICO editor Carrie Budoff Brown, Williams, the daughter of MSNBC anchor Brian Williams, takes a page out of her father’s book by staying away from political commentary. This statement alone seems like it’s based on either sarcasm or cluelessness, since the MSNBC host has never refrained from getting political on or off-screen. One might say it’s almost a part of his career. 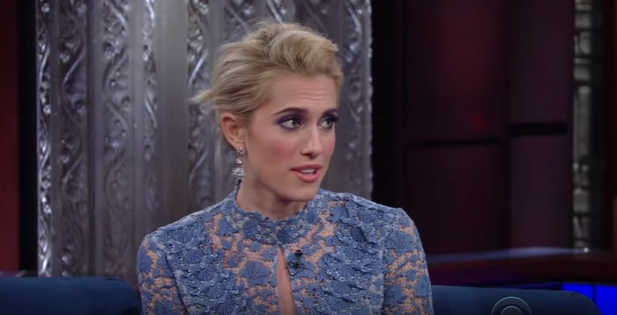 Regardless of that, Allison Williams, while denying any desire to get political at all, told her interviewer, in a podcast posted on Politico, that she felt people should be more involved in acting, rather than talking. She said that “I suddenly have no patience for roundtables, because it feels like the time to talk about these things is over.”

Rather, she wanted to deal with political issues with action. She told her interviewer that instead of talking, she wanted to “charm or bully” people in order to get a movement going. Oh look, it’s a political statement.

And the star of Get Out continued to be very political, giving an example for her interviewer where she talked about Obamacare risk-pools. She told Brown that, “If the idea of paying more as a young healthy person for healthcare to help an older person makes sense to you, you’re a Democrat. If it offends you, you’re a Republican.”

Her hopes for the 2020 election? She definitely wants Senator Elizabeth Warren involved. While she did not mention the Senator by her full name, when asked who she wanted to run for president in 2020, Williams listed off a bunch of names: “Gillibrand, Elizabeth, Kamala.” One can only assume that she meant New York Senator Kirsten Gillibrand,  Massachusetts Senator Elizabeth Warren, and California Senator Kamala Harris. Seems like a political statement to an objective listener.