Dr. Sara Imershein doesn’t want to convince you that abortion is right. She just wants you to know that “scientific evidence says that keeping it safe, legal, and available is good for public health.”

The OB-GYN had an interview with Marie Claire writer Stephanie Russell-Kraft where she explained how her role as an abortionist with the Falls Church Healthcare Center helped her to carry out her duties as a doctor. 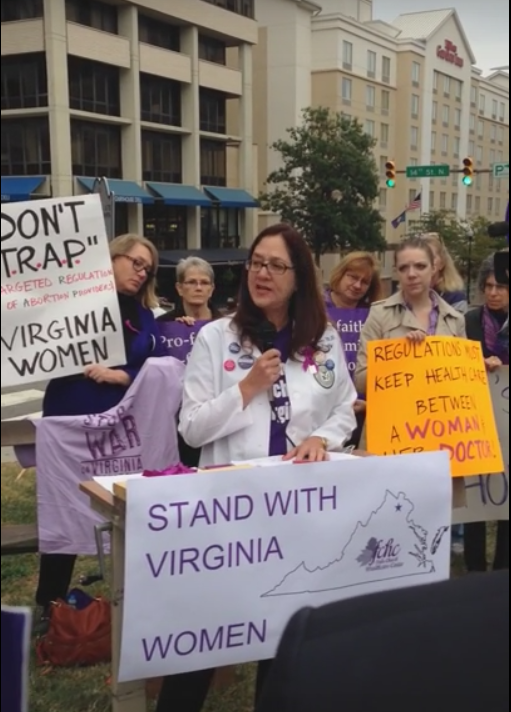 Imershein also made it clear that abortion should be seen as only a medical issue, not a political issue. She said that her work was part of the fight to “depoliticize women’s bodies.” The doctor made no mention of the right of a child to live, nor did she give any indication about her position on whether or not a fetus is a human being. Part of her effort to ensure that abortion ceases to be political involves the right to self-abort. Imershein listed the incidents where a woman was arrested for illegally trying to induce abortion, and blamed President Donald Trump for his “intrusions on women’s health.”

Imershein also spends time in D.C. hospitals, where she teaches medical students how to perform abortion. In her words, “Every OB-GYN should learn how to do an abortion.”

She was influenced by a book called Abortion Rap, written in 1971 by Diane Schulder. Imershein told the reporter, “I read in detail why my culture does not consider abortion murder and why abortion is the right option in many cases.” She discovered that as a member of Reform Judaism, abortion is not considered immoral. However, her stand on abortion is not the same as other sects and in fact, according to Aish. “almost all major poskim forbid abortion in cases of abnormalities or defects found in the fetus.”

Imershein also related a meeting with abortionist Willie Parker, who helped her to make a career switch from a private practitioner to “performing abortions full-time.”

Parker is no stranger to using religion as an argument for the morals behind abortion. In his memoir, he argued that women in need take precedence over the child in need. Both Imershein and Parker “despise the use of religious freedom as an argument for impeding access to abortion.”