The deep thinkers at the animal-rights group PETA strike again with an ad comparing animals “born into the meat, egg, and dairy industries” to rape and sexual assault victims.

PETA tweeted the ad on November 2 with the caption, “No mother should have to go through any of this.” The black-and-white video begins with distressed looking women recounting stories of what appear to be sexual assaults.

The several women each deliver lines about their trauma: “One man held me down, while another man touched me.” “I was so scared,” one women says. “I felt like I was…nothing,” says another. 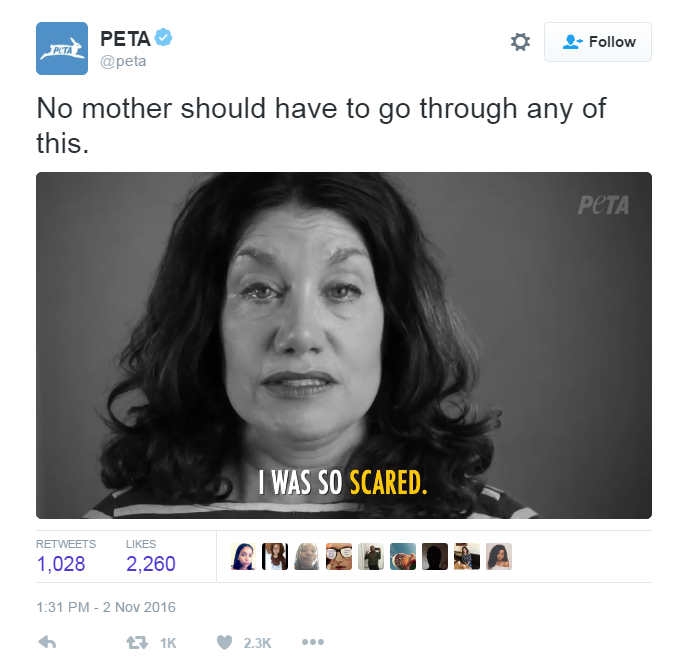 However, the ad turns bizarre as two women declare, ““I am you, only different,” as one holds up a picture of a cow. Apparently, the various women are supposed to be representing the sexual assaults of farm animals. They hold up pictures of pigs and cows as the words flash on the screen, “Every year, billions of animals are born into the meat, egg and dairy industries. Almost all of them are a result of forcible artificial insemination. Almost all of them are a result of rape. Don’t participate, go vegan.”

In response to backlash from the Twittersphere, PETA tweeted in defense of the ad, “Sexual abuse is a serious issue. Acknowledging it for animals doesn’t take away from humans.” Actually, since animals are not humans, comparing rape victims to livestock does belittle sexual abuse. 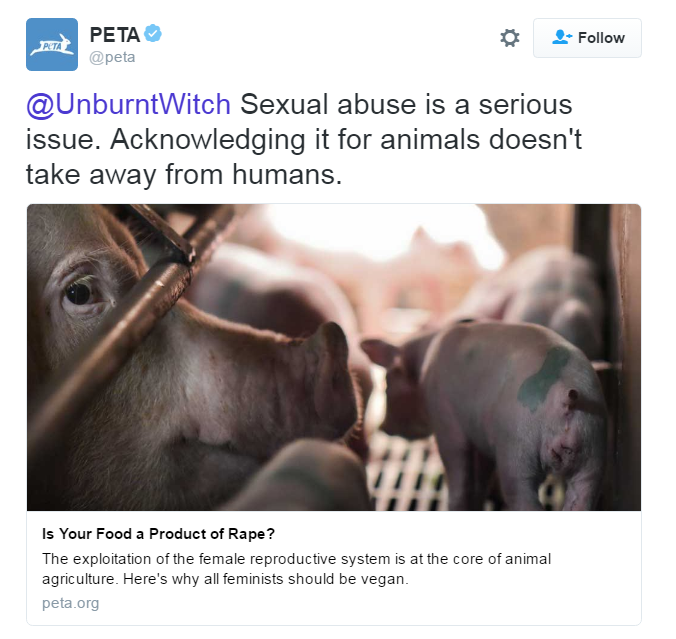 Yet wise PETA president Ingrid Newkirk told The Huffington Post, “It is rape when someone sticks their hand into a vagina or rectum without permission. Every decent person abhors and denounces sexual abuse of women but we cannot blithely accept the sexual abuse of other females who happen not to be human but have the same vulnerability to pain.” God help us all.

PETA is notorious for their over-the-top advertisements. Earlier this year, the group released an ad showing people shopping for leather products only to find animal guts inside of them.

I can’t figure out what’s more painful to watch, this election cycle or PETA ads.