Apparently, being fired by ESPN means not only are you erased from the employee rolls at Bristol, but you are also erased from history!

At least that’s what you might take from this, the latest in a long-line of petty and shameless maneuvers by the four-letter network. ESPN pulled recently fired conservative Curt Schilling’s iconic “bloody sock” performance from its “30 for 30” documentary on the Yankees-Red Sox series, where the Sox came back from 3-0, to win the ALCS and advance to the World Series. 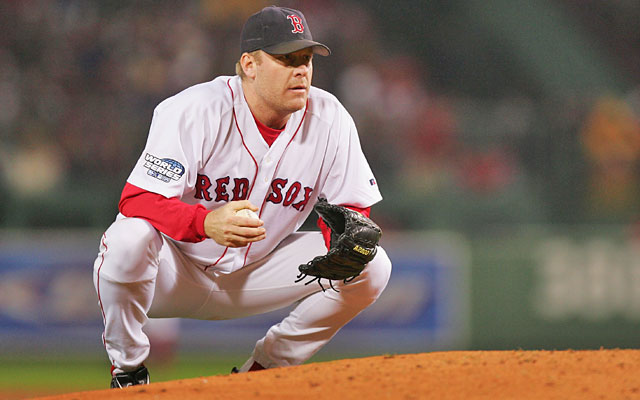 Schilling’s “bloody sock” performance in Game 6 of that series was kind of a big deal. Schilling took to Twitter, to say that he thought it was too:

Creativity points definitely go to the recently-fired conservative for finding a way to work in a Tom Brady reference/defense into an extremely sarcastic and awesome shot at your former employer. An employer who, by the way, couldn’t be behaving more like a child. ESPN did more than anyone to pump up the “bloody sock” incident. Which was a convenient event for them to draw even more viewers, listeners, and readers.

Not to mention, making the man who bled into the famous sock an attractive hire for the network after it happened. But these things ceased to be valuable assets to ESPN, after Schilling had the audacity to speak out against the LGBT overseers who apparently run the world.

“Four Days in October” zeroes in on the four games in which the Red Sox stormed back from 3-0 down, the first MLB team to ever do so. Schilling was slated to start Game 6, despite suffering a torn tendon sheath in his right ankle that required an unusual medical procedure to patch up enough to let him play.

As the game wore on, Schilling’s white sock became noticeably stained with blood just above his shoe, and he had some visible trouble moving fluidly, but he pitched seven strong innings, allowing just one run and helping Boston to a season-saving 4-2 win. Along with Dave Roberts’s stolen base in Game 4 and David Ortiz’s two walk-off hits, Schilling authored one of the most memorable moments of that, or any, postseason series.

Except not, because ESPN decided to utilize its “Men In Black” neutralizer, to erase any memory of such an event. Because they hate the politics of the guy, most directly responsible for the event that they’re covering.

But ESPN had an explanation. From the Washington Post article:

“The recounting of that performance, and Game 6 in general (including Alex Rodriguez knocking a ball out of reliever Bronson Arroyo’s glove), takes up about 17 minutes of the original version of the hour-and-five-minute-long documentary. ESPN apparently wanted to trim “Four Days in October,” which aired on ESPN2 after an Arizona-Oregon softball game and was likely timed to precede a live Red Sox-Yankees telecast on the main channel, down to fit into an hour-long time slot, with commercials.

“When a live event runs long, it’s standard procedure to shorten a taped program that follows,” an ESPN spokesman told The Post. “In this case, we needed to edit out one of the film’s four segments to account for the extra length of the softball game.”

This would be like doing a “30 for 30” on “The Catch,” Joe Montana’s famous throw to Dwight Clark, to beat the Cowboys in the 1982 NFC Championship game, and editing out Dwight Clark.

Given that ESPN is now, apparently, committed to erasing people they morally oppose from sports history, it is with great fear and trepidation that I look forward to the “30 for 30” on the ‘85 Bears without Mike Ditka. And the story of the Florida Gators, “Heisman’s & National Championships,” sans Tim Tebow.

Those should be epic.