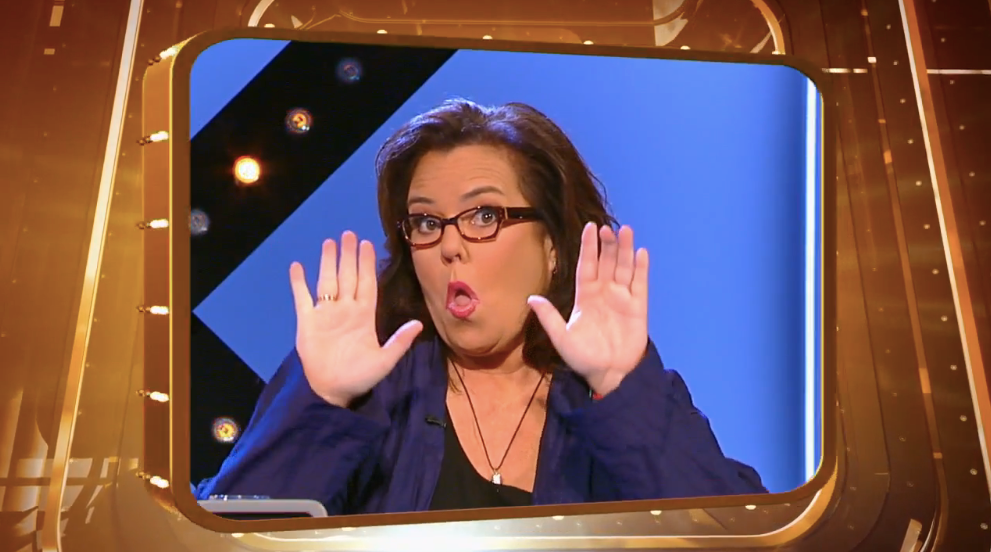 Lefty Alec Baldwin is back on TV, this time hosting a revival of the game show Match Game on ABC, so you knew he would bring politics into what should be a fun family show. Combine this with fellow lib and Trump archrival Rosie O'Donnell as a guest and you have all the makings for a Donald Trump bashfest.

For those who don't know, the concept of the Match Game is for the host to give a sentence with a BLANK in it, then a contestant fills in the blank and gets points for each time the celebrity panel matches his answer. In tonight's episode, actresses Debra Messing, Sutton Foster, and Rosie O'Donnell, and actors J.B. Smoove, Michael Ian Black, and Tituss Burgess were on the panel.

In this case, Alec Baldwin read the cue, "Donald Trump has created a new Olympic event that he knows he can win. It’s a contest to see who can BLANK the most times in 60 seconds." Baldwin was immediately excited to hear Rosie's answer. She said, "You know my feelings of that orange slug," to the laughter and applause of the audience.

The contestant filled in the blank with "lie" and matched with the first three celebrities. Then Smoove revealed his answer as "speaking" because Trump talks too much - "Shut up, Donald!" he admonished. Both Messing and Foster put in votes for "fart." "He’s just so stinky," explained Foster.

Expect more liberal propaganda to come as the show continues throughout the summer.