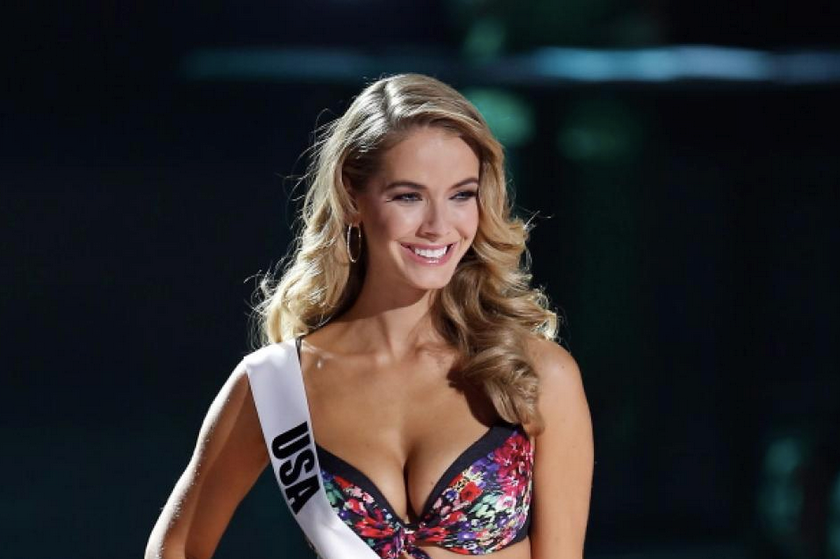 Everyone’s talking about how the wrong person was crowned Miss Universe but did you hear what Miss USA said about gun control or Miss France about terrorism?

While Steve Harvey majorly screwed up last night when he announced the wrong 2015 Miss Universe winner, some of the contestants really stepped in it themselves during the question and answer portion of the competition.

Miss USA Olivia Jordan answered a question by Harvey about her position on gun control. She wants us to give up our personal safety for the safety of the whole. Yeah, that'll go over well. Watch (at minute marker 3:40) as she calls for “stronger regulations,” but fails to come up with a single specific one, except that "we need to pay attention." Um, whaaaaa?

Steve Harvey: Few issues in the United States are more polarizing than gun ownership. The argument really heats up after major tragic events such as San Bernardino and Sandy Hook. What's your position on gun control?

Olivia Jordan: This is an incredibly difficult issue and the United States is constantly battling and weighing our options. I think that it's incredibly important that all individuals have the right to protect themselves and feel safe. But I also think that sometimes we need to look at the safety as a whole more than our personal safety. So I think we need stronger regulations, specifically I think that we need to pay attention - pay attention!

Sure, she got cut off, but she was stumbling for an answer and waiting out the clock. Saved by the bell before she put her foot further in her mouth.

But perhaps even worse was Miss France Flora Coquerel's answer to the question about terrorism (about the 1 minute mark in the above video). I really hope this was all lost in translation and she's not really calling on us to listen to the terrorists:

Steve Harvey: Having experienced terrorism firsthand yourself [she was at the soccer stadium where a bomb went off outside in the Paris attacks], what is the best way for governments to combat this rising threat?

Flora Coquerel: In my opinion, to fight terrorism, first we have to know where the problems are coming from, we have to listen to the people who are committing these attacks. So we have to find the problem at its heart, and for us French we have to learn how to be happy and live among ourselves.

Then again, she wore a dress with sparkly Eiffel Tower peace signs all over her body for the national costume competition... 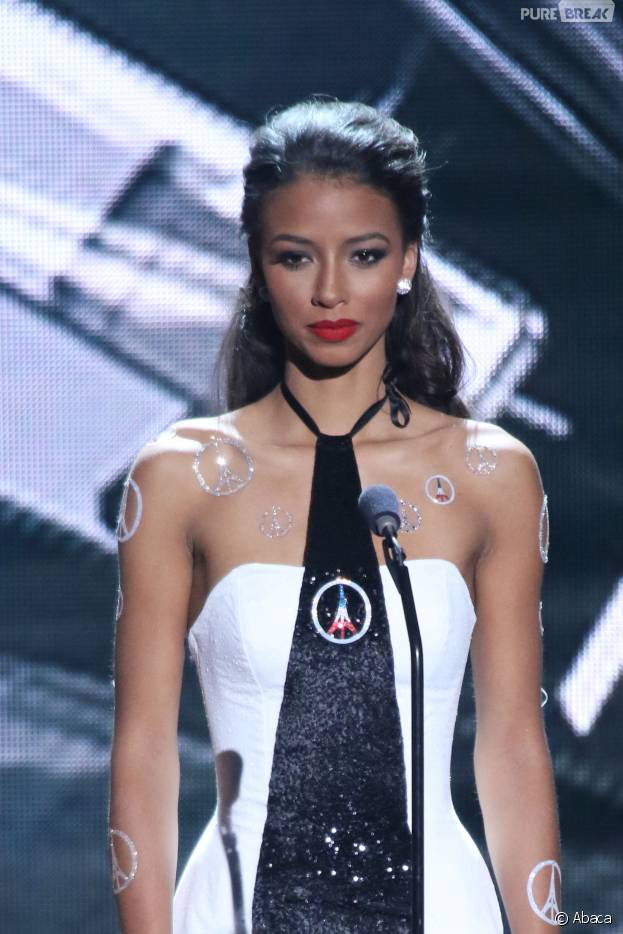 But at least peace towers are better than Miss Austria dressing up as her country's most famous drag queen, a person apparently named Conchita Wurst. (WTF?!?!?!) 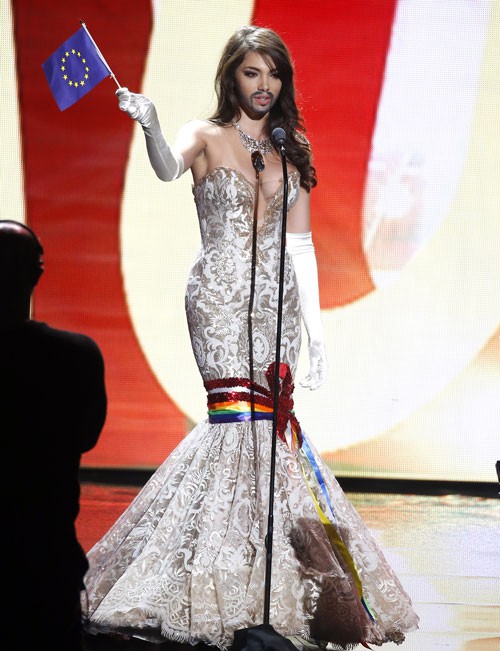 No wonder none of these girls won!