With Trump out of office and banned from most social media sites the left-wing fear mongers at NBC have nothing better to do than come after “Trump-lovers.” According to a recent FIRE survey about the willingness of Ivy League students to date members of the opposite political party, both men and women were less likely to date someone who supported Trump. This is due to conservative’s “bigotry” and “sexual intolerance,” says Andi Zeisler, a feminist author and cofounder of (yes) Bitch Media. 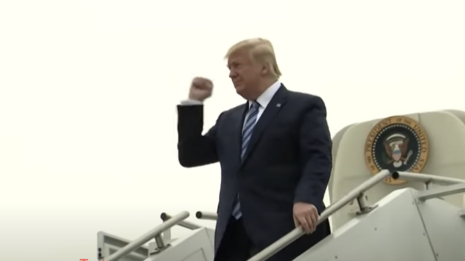 In late June Eric Kaufmann published a piece in the National Review titled “Politcial Discrimination as Civil-Rights Struggle.” His article Discussed the FIRE study and analyzed how the results of this poll could impact the future of hiring and social toleration.

The results of the FIRE survey showed that just 23% of Ivy League men were willing to date a Trump supporter and only 6% of the women were willing to. Kaufmann also cited a report that found 30% of couples in 2016 had mixed political views, while in 2019 that number was only 19%.

According to Zeisler, Kaufmann’s analysis of this data is “one predicated on white identity as the ‘natural order.’” It’s not that Kaufmann is worried about how group think in higher education is bleeding out into the real world, Zeisler believes it’s just his own self pity about women not wanting to “get naked with [him]” that caused him to write an essay about the survey results.

“Yet the key question that seems to be keeping many conservatives up at night is: Why don’t people want to date us?,” Writes Zeisler.

A growing number of Americans are increasingly intolerant of racial, gender, and sexual intolerance. Bigotry just isn’t sexy, and few people seek partners who don’t acknowledge their full humanity. But for Kaufmann, the fault lies not with the people who hold noxious views, but with those who have the temerity to not want to get naked with them. His solution? If you can’t date, legislate.

Zeisler is a perfect example of how today leftists believe that conservatives are just bad people with ideas and conservatives think that leftists are people that just have bad ideas.

“Ross Douthat and Robin Hanson prove that when access to sex is at stake, conservatives get downright socialist real fast,” continues Zeisler. She then cited an opinion piece in The Washington Post. “When a critical mass of people find your values regressive, your political beliefs inhumane, and your political hero repellent, it’s not them. It’s you.”

Kaufmann’s analysis discussed the leftist bias in public universities, especially Ivy league institutions and how this survey proves that it has impacted our country by taking over the culture, businesses, and policy.

Zeisler is a just a product of her environment. Kaufmann was pretty spot on.