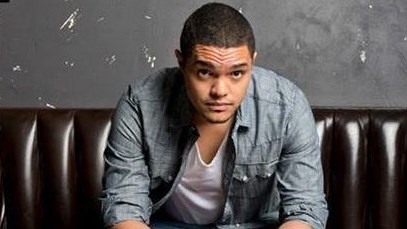 The South African comic took some heat immediately after getting the gig earlier this week. Social media users scoured his past tweets, finding a number of jokes targeting women and Jews.

Comedy Central rushed to stand by its new hire, and it appears the Stewart-to-Noah baton pass will take place later in the year as scheduled.

It isn’t the first time a comedian got in trouble for saying the wrong thing. Michael Richards of Seinfeld fame suffered a career crisis after shouting the “N-word” at a black patron during a comedy club routine in 2006.

More recently, Tracy Morgan had to repeatedly apologize for a comedy routine in which he allegedly vowed to stab his son if it turned out the lad was gay.

Yet other comic performers have said horrible things without a lick of social or show business punishment. Take the time Bill Maher slammed not just Sarah Palin but her whole family. Politicians’ families are typically off-limits … for good reason.

Yet Maher thundered ahead in a prepared segment where he compared the Palin clan to The Hills Have Eyes, a classic ’70s horror film about inbred killers. Palin’s youngest child has Down syndrome, a fact that made the joke even more cruel.

Yet even Down syndrome activists mostly yawned over the comments.

And then there’s the case of Jason Biggs, the American Pie alum now featured on Orange Is the New Black. At a key point in the 2012 presidential campaign he smeared not Mitt Romney or Paul Ryan but their wives in gross sexual terms.

Once more, the person in question didn’t face any backlash save from some conservatives. In fact, the august Associated Press did all it could to minimize Biggs’ comments.

Critics often slam comedians who, instead of attacking the powerful or established institutions, mock the weak or the vulnerable. It’s why Noah’s “fat jokes” sounded so callous. Certainly a young child with development issues qualifies as “powerless.”

So why did Maher and Biggs skate? They both attacked Republicans. That meant the biased mainstream press and activist groups stayed mostly quiet.

So no, Noah won’t lose his new job. After all, he’s clearly a left-of-center comic who will smite the right far often than the left. And that’s a good way to keep your gig no matter what you say next.