Should Stars Apologize for ‘Hands Up’ Ferguson Lie?

Many Hollywood stars rallied to decry the lack of an indictment in the death of Ferguson resident Michael Brown late last year. Some took their outrage a step further. 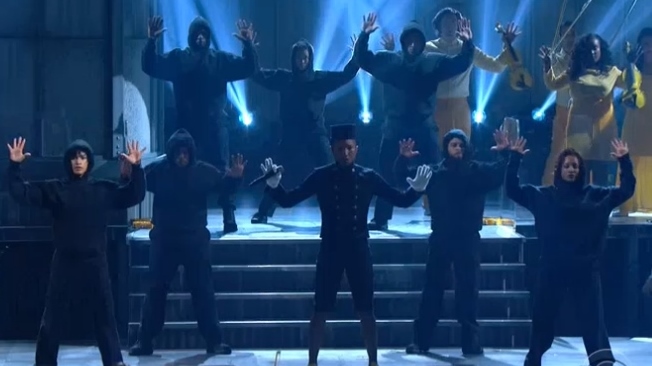 Nelly. The cast of Selma. Pharrell. Beyonce. Jay Z. They all protested Brown’s death after an altercation with police officer Darren Wilson by striking the now famous “hands up” pose. Brown allegedly had his hands up when Wilson fatally shot him, or so the media repeatedly told viewers based on unconfirmed accounts. News anchors and star athletes also played upon the meme.

They all were dragged into a lie, or as The Washington Post describes it, a “four Pinocchios” level lie.

In this case, the Justice Department has concluded that Wilson acted out of self-defense, and was justified in killing Brown … The majority of witnesses told federal investigators that the initial claims that Brown’s hands were up were not accurate. “Hands up, don’t shoot” did not happen in Brown’s killing, and it is a characterization that deserves Four Pinocchios.

Do these celebrities owe us an apology? An explanation at the very least?

It’s complicated, especially since the outlets we rely on for the news failed so spectacularly here. It’s wonderful that The Washington Post corrected the record on the subject, but what about all the other outlets who kept the lie alive for so long?

It was clear directly after Brown’s death that we didn’t know the full story. The smart approach would have been to wait, let the experts gather the facts, and then consider whether Brown’s death was the tragic result of a terrible decision, or something more sinister and potentially race-based.

The aforementioned stars didn’t do that.

Celebrities who believe in their ability to sway the masses and make a positive contribution to society have every right to protest as they see fit. They also should consider the Ferguson lie the next time they decry an alleged injustice.

Here’s betting the Ferguson residents who have watched their property values plummet would agree.