From Salon.com -- not The Onion. A new tirade by the perennially confused Edwin Lyngar addresses the alleged dirty tricks by conservatives, the Tea Party and Republicans in a flimsy piece, "The Angry Right's Secret Playbook" without citing even one example to support his rant.  Yet, he urges the Left to respond using dirty tricks, yelling and sleazy tactics, claiming they are, in fact, being far too reasonable and nice.

He thinks it's an example to claim radio hosts unfairly use the term “Saul Alinsky Democrats” and sling the insult of “Obama’s Chicago political machine.” 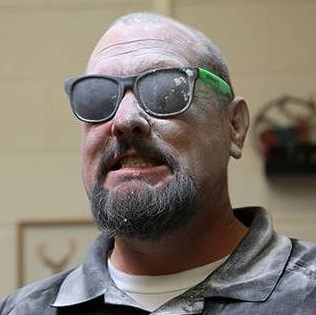 By way of history and context, it needs to be noted that Lyngar is a self-described former conservative-turned-liberal author who recently compared "losing" his father to FOX News to losing a parent to cancer or Alzheimer's.  He now seems convinced that sort of hyperbole is a bit too much of a gentle touch.

"[W]hat I don’t understand is why so many well-meaning liberals refuse to fight dirty." he whines. "Liberals do a lot less yelling and a whole lot more making everyone feel welcome."

"I call on my fellow liberals to embrace the rough stuff. Engage in battle with people who hate you and feel free to throw crazy right back, even if you only half believe it."

Senate Democrat Leader Harry Reid is also no stranger to incendiary language unfit for a member of the country's most exclusive club, who has among other things, compared Republicans to "hostage takers" for not falling in line behind his leftist agenda.

Ed Schultz of MSNBC (and a large segment of that networks on-air personalities) routinely engage in inflammatory rhetoric against right-of-center voters, pundits, lawmakers and activists, with Schultz famously referring to conservative radio talk show host and FOX News pundit Laura Ingraham as a "right wing slut" for her views that differed from his own.

Equally overly-diplomatic and polite would be, by Lyngar's definition of liberals' meek demeanor? MSNBC's dinnertime host Al Sharpton, tax-evading darling of the Left and spokesmodel for race-baiting, rioting, and violence against law enforcement. Sharpton and his followers embrace some pretty rough stuff, including the proven lie that Michael Brown in Ferguson, Missouri last year had his hands up in surrender to police, rather than resisting arrest and attacking a policeman.  Despite witness testimony, forensic evidence and multiple autopsies showing the latter, Sharpton inciting anger, hysteria and eventual violence and murder of police officers with his "Hands up! Don't shoot!" slogan that still persists is part of that "welcoming" liberal attitude, in Lyngar's view.

In fact, the list of left-wing screaming, dirty tricks, fear-mongering, race-baiting and hyperbole is quite long -- a fact made even more poignant by the total lack of examples of similar behavior by conservatives provided by Salon.com's Lyngar.  There have certainly been statements made by some on the right that could fall into that category, but they are not routinely accepted by the mainstream Right and therefore gain little traction as legitimate discourse.

While there is no shortage of liberals offering commentary with no basis in reality on their own blogs and in comments sections, Salon.com, by most conventional standards -- right or left -- is a reputable, legitimate site.  With the emergence of supercilious tripe such as the recent offering by Lyngar, that status may be on the decline.