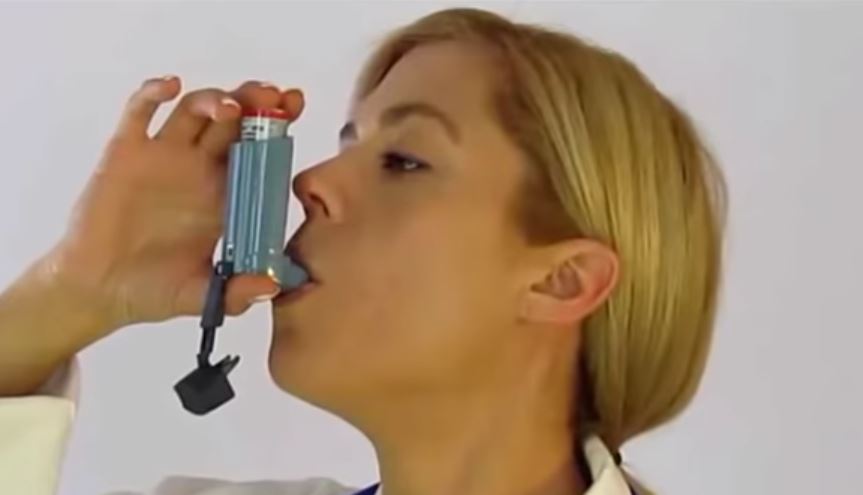 Having trouble breathing? Yeah, well, at least there will be less CO2 in the atmosphere, which reminded CNN to go after Asthma sufferers who use metered-dose inhalers.

Indeed, people who suffer from asthma “could sharply reduce their carbon footprint by swapping” to a “greener” alternative, chimed CNN in a report Wednesday on a University of Cambridge study.

“Oh dear, another asthma attack ... can’t breath … must use inhaler … but my carbon footprint … oh, if only there were a ‘greener’ alternative!”

CNN further explained that “Metered-dose inhalers contain liquified, compressed gas hydrofluoroalkane (HFA) -- a greenhouse gas -- which acts as a propellant to atomize the drug being delivered and to pump it out to the user,” and “these metered-dose inhalers contribute 3.9% of the carbon footprint of the UK’s National Health Service.”

In fact, CNN noted, “‘[G]reener’ treatments, such as dry powder inhalers and aqueous mist inhalers, are available, experts said in the study published in BMJ Open.”

In other words, get with it, you heavy-breathing, carbon-footprint-increasing earth-haters.

CNN at least admits that there is a drawback to reaching for these “greener” alternatives, and much like AOC’s estimated $93 trillion Green New Deal and other green projects and causes, it has to do with your wallet. Yes, CNN noted, “the higher up-front price of some dry powder inhalers was a ‘significant barrier’ when moving to such alternatives.”

Yet, CNN continued,“Replacing 10% of metered-dose inhalers in England with the cheapest dry powder equivalents would reduce greenhouse gas emissions by the equivalent of 58 kilotonnes of CO2, the scientists said.” This is of little solace for the “235 million people” who suffer from asthma worldwide who will be floating the bill for these alternatives.

Besides, did not former Secretary of State John Kerry inform the entire world at COP21 in Paris back in 2015 that even cutting emissions by 100 percent in the United States would not make a difference in global warming?

“The fact is that even if every American citizen biked to work, carpooled to school, used only solar panels to power their homes, if we each planted a dozen trees, if we somehow eliminated all of our domestic greenhouse gas emissions, guess what – that still wouldn’t be enough to offset the carbon pollution coming from the rest of the world,” admitted Kerry. “If all the industrial nations went down to zero emissions – remember what I just said, all the industrial emissions went down to zero emissions – it wouldn’t be enough, not when more than 65 percent of the world’s carbon pollution comes from the developing world.”

But this fact did not stop CNN from quoting consultant in public health at the University of Cambridge and author of the study James Smith, who argued, “Climate change is a huge and present threat to health that will disproportionately impact the poorest and most vulnerable on the planet, including people with pre-existing lung disease.”

Wait a minute here … “disproportionately impact the poorest”? Are not these presumably some of the same people who might need to buy these “greener,” but more expensive inhalers? Sure, that makes sense.

CNN did at least give poorer asthma sufferers somewhat of an out, noting that the researchers warned about switching to a different type of inhaler if it came at the expense of their health. Yet that did not stop the researchers from reminding asthma sufferers about the need for them to “protect the environment” from the harm they are causing by inhaling the “liquified, compressed gas hydrofluoroalkane” in their CO2-pumping planet destroyers -- ahem -- “metered-dose inhalers.”

“We recognize the need to protect the environment, said Jessica Kirby, Head of Health Advice at Asthma UK, “but it’s critically important that people with asthma receive the medicines they need to stay well and avoid a life-threatening asthma attack.”