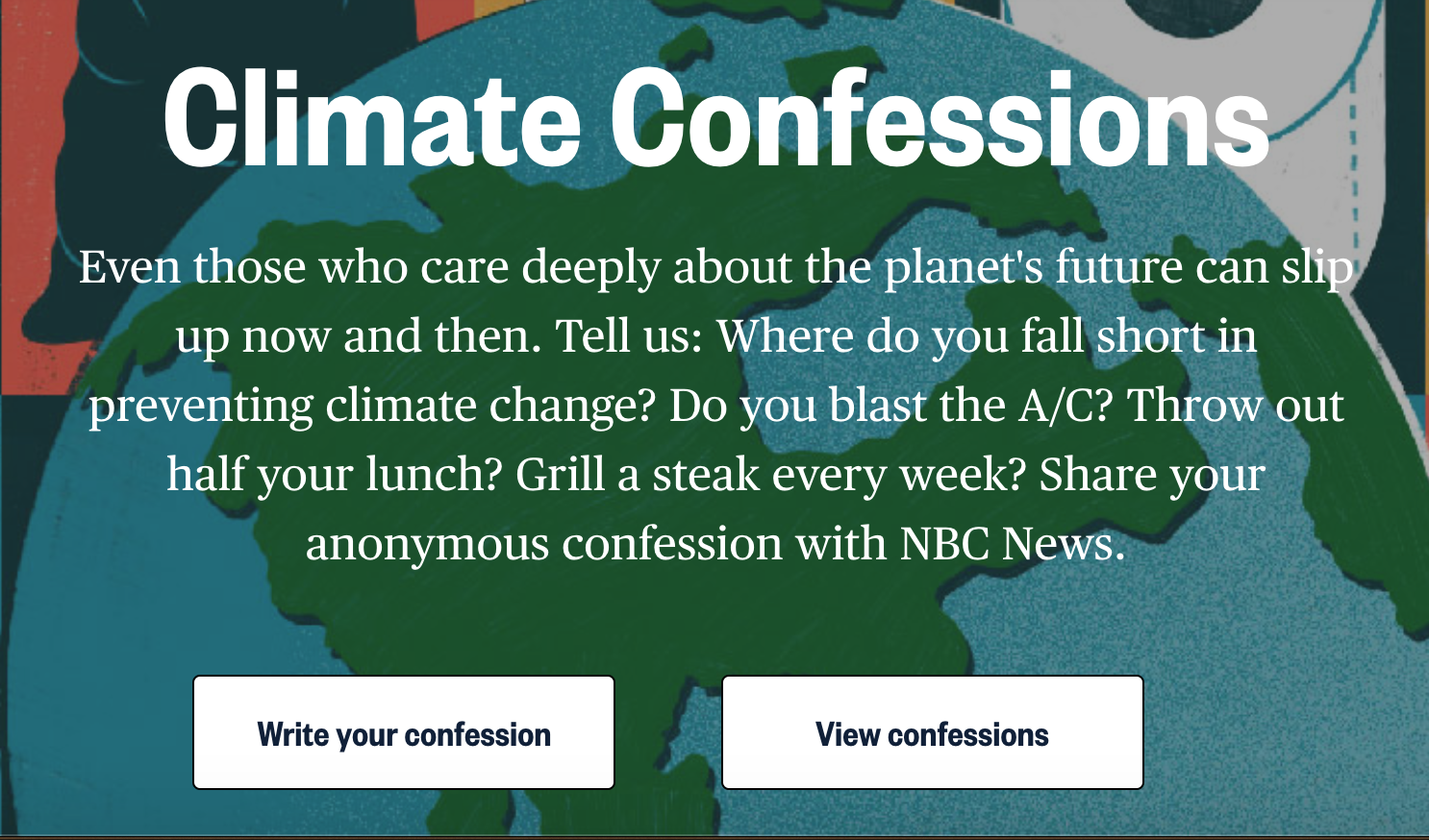 After years of fiery preaching about a coming climate apocalypse, at least one media outlet took the religious fervor to new levels.

As part of NBC News’ new “dedicated” unit on climate change — “Climate in Crisis” — which launched Sept. 15, NBC made itself the environmental priest welcoming confessions for climate sins.

Weekly Standard senior writer Mark Hemingway reacted on Twitter calling it “Amazing” and added, “Climate change is some kind of religion—all eschatology, minus the redemption.”

An apt description considering that NBC’s “Climate Confessions” page declared, “Even those who care deeply about the planet's future can slip up now and then. Tell us: Where do you fall short in preventing climate change? Do you blast the A/C? Throw out half your lunch? Grill a steak every week? Share your anonymous confession with NBC News.”

Confessions were not confidential. They were publicized on the NBC website, but it was unclear whether public confessions were meant to assuage guilt for climate change “sins” or foster more guilt.

Some commenters sounded grieved by their use of plastics, food waste, cars and energy consumption like these folks: 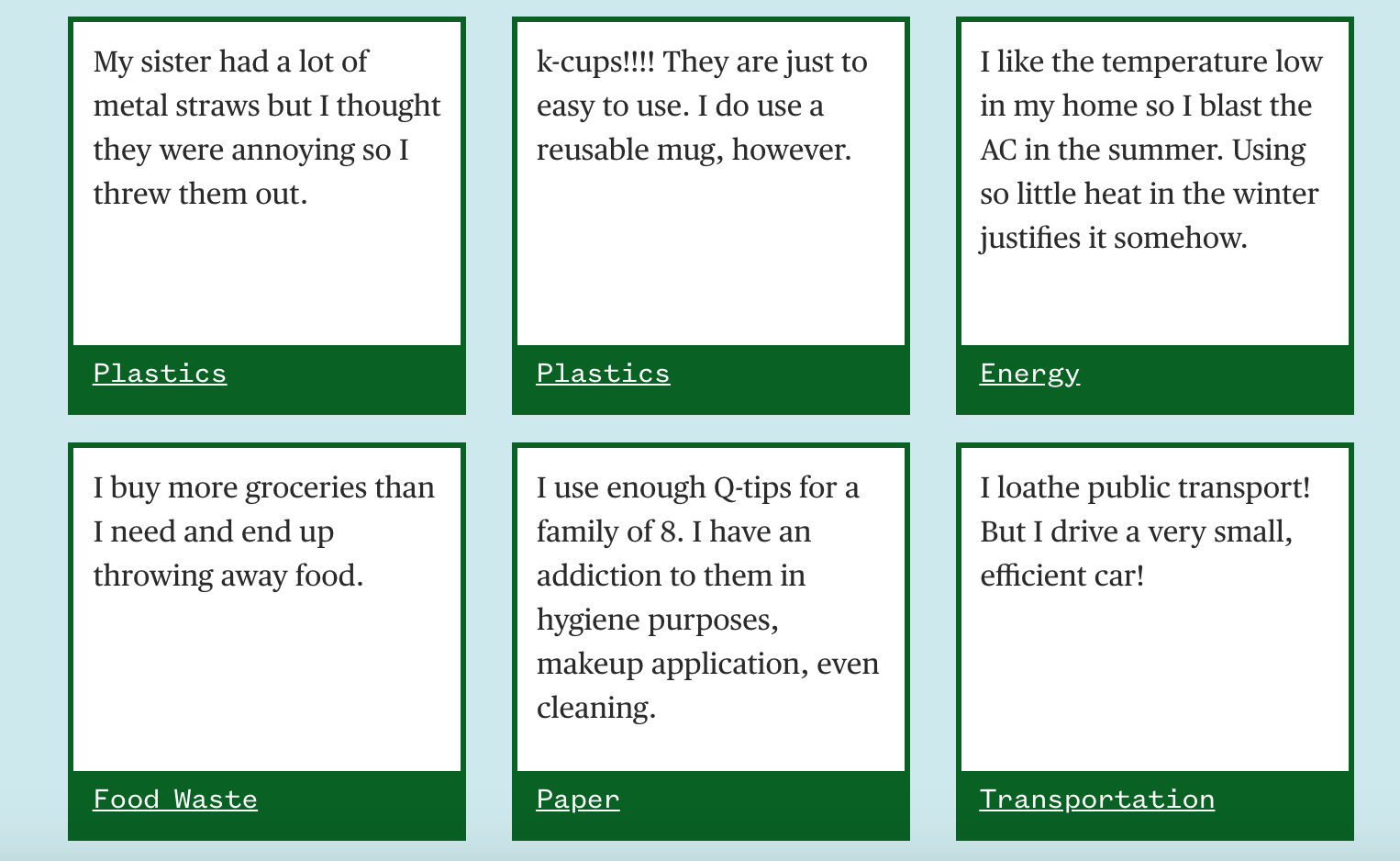 NBC’s increased climate alarmism came at the same time as 250 other media entities or organizations joined the Columbia Journalism Review’s “Covering Climate Now” coalition. Partners of the CJR effort promised to give extra time to show the urgency and need for climate action during the week leading up to the U.N. climate summit on Sept. 23. NBC was not listed as an official media partner, although its broadcast competitor CBS was.