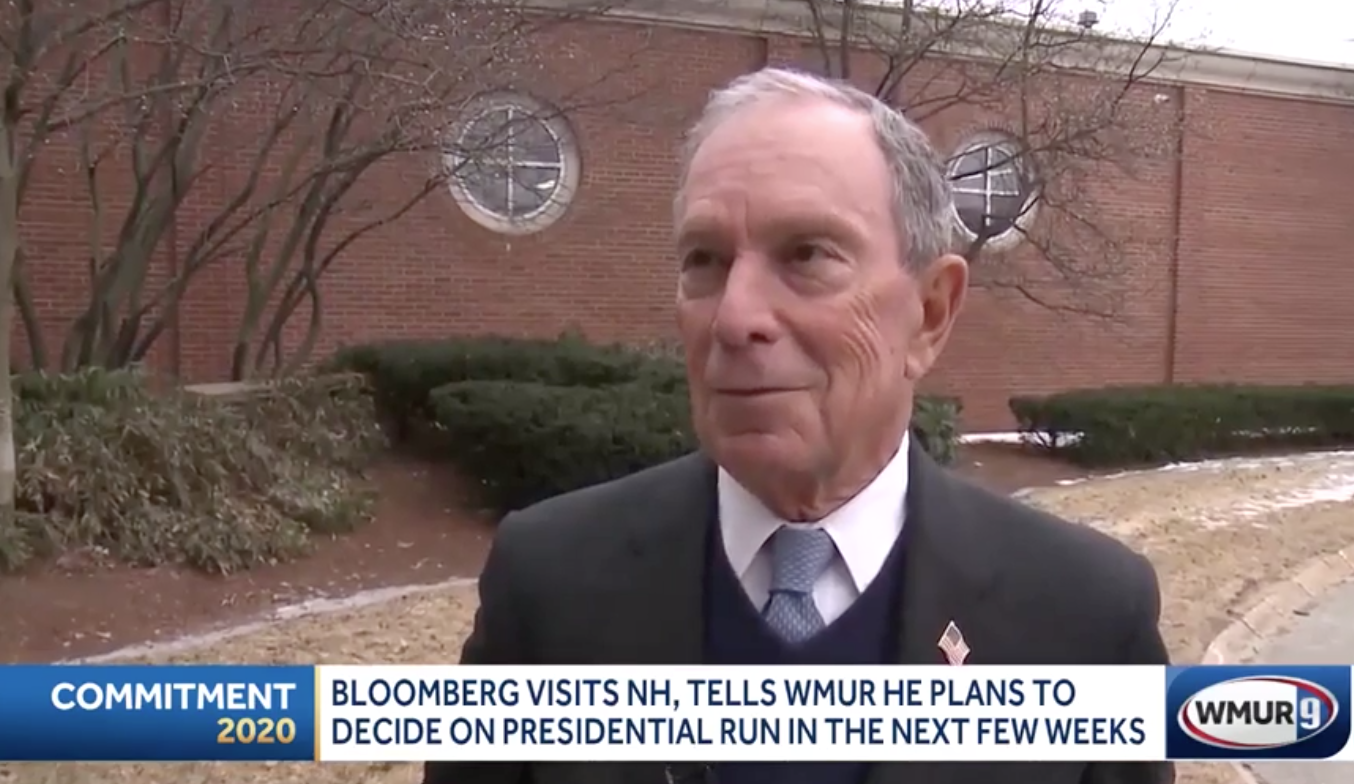 Media mogul and former Mayor Michael Bloomberg may or may not be running for president in 2020. But in either case he’s building what The Atlantic called “the most powerful political organization in America” designed to defeat President Donald Trump.

He already has a tremendously powerful media empire. It includes TV, magazine, radio, online and industry publications. Bloomberg News publishes 5,000 stories a day in 120 countries. A Nexis search for the past year, which only accesses transcripts for some Bloomberg media products, had 2,947 hits that mentioned President Donald Trump.

“While no final decision has been made [about running for president], his aides have nonetheless been working on a fallback that only a man worth $40 billion can afford, whether he runs or not. Bloomberg is pouring hundreds of millions of dollars into a data-centric political operation designed to assure one goal: Crush Donald Trump,” The Atlantic staff writer Edward-Isaac Dovere wrote on Jan. 31.

Dovere claimed it “would almost certainly become the biggest and most powerful political organization in the country overnight.” The liberal magazine failed to mention that if Bloomberg doesn’t run for president, he would almost certainly retain ownership of another powerful weapon: his liberal media empire. He has discussed selling it if he runs.

The Atlantic highlighted Bloomberg’s secretive efforts and private meetings with political and tech consultants focused on “all the data.” His top aides, Hillary Clinton's 2016 deputy field director and advisers to his gun control group have led the meetings. The effort is meant to collect data about voters, consumer data and analyze it to find “new ways to identify potential voters and new ways to appeal to them.”

“They want to match voter data to consumer information and social media profiles, and look for new ways to break through,” Dovere wrote. The purpose is to “fundamentally change the core Democratic infrastructure” and feed into his TV and online ad buys.

Bloomberg has a political action committee, Independence USA PAC, and spent more than $100 million on the 2018 midterms, making him the largest Democratic donor.