Economist to Salon: ‘I Hope to God’ for Downturn During Trump Reelection

The economy may look good now, but hold off on the “confetti,” says left-wing Salon.

While some people look for silver linings, Salon went in search of economic storm clouds on Aug. 12. It’s headline proclaimed, “The end really is near: a play-by-play of the coming economic collapse.” It also found an economist rooting for a downturn, to get rid of the Trump administration.

“If the good times roll for another year — and most economists expect they will — this expansionary period will go down as the longest ever in American history ... But don’t be so quick to pop bubbly and send the confetti raining down,” wrote Max Cea. According to Twitter, Cea is a junior editor at Guernica Mag and writes for sites including Salon, Mic, Spin and Grantland. 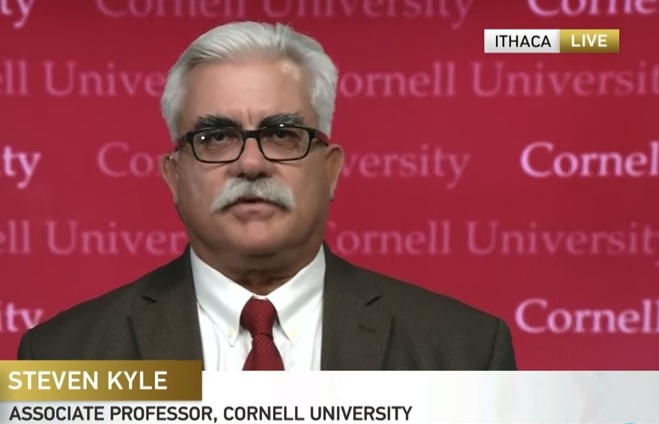 He found a few economists willing to forecast a downturn, but for different reasons. One of them expressed significant disdain for President Donald Trump and his team.

Cornell Associate Economics Prof. Steven Kyle told Salon, “I hope to god we have a downturn when Donald Trump goes up for reelection ... Not that I hope for people to lose jobs, but I sure do hope for all our sake’s we get rid of that guy.”

“[T]rump doesn’t know anything about anything as far as I can tell,” Kyle said. He also bashed Treasury Secretary Steve Mnuchin saying, “I don’t have confidence in that guy,” and called economic adviser Larry Kudlow “almost a cartoon of an economist.”

Cea turned to four other economists, including well-known liberal Dean Baker, for predictions of “what will set off a downturn?” and “How bad will it be?”

Baker of the liberal (and Soros-funded) Center for Economic and Policy Research anticipated a recession induced by Federal Reserve mistakes in 2020. However, he did not forecast a severe downturn.

David Blanchflower of Dartmouth predicted a “relatively shallow” downturn, but “it’s probably going to be made worse” by policymakers. He said central banks “will miss the turning point” for wage pressure and inflation and “put the prospect of a recession in the next two years at about two thirds.”

London-based Kingston University economics professor Steve Keen told Salon, “I expect a boom before a slump, and a pretty messy economic performance overall. And I expect a small downturn rather than a 2008 crash” — possibly in 2020.

Lastly, pessimistic Peter Schiff — an economist U.S. News and World Report has called a “Permabear” — warned that “we’re bound for something a lot worse than a recession. We’re going to continue what we began in 2008.”

“Despite all this hoopla about a booming U.S. economy, all the signs are pointing to a recession around the corner anyway. And that’s with interest rates still at ridiculously low levels. We’re not even close to normal,” Schiff claimed.