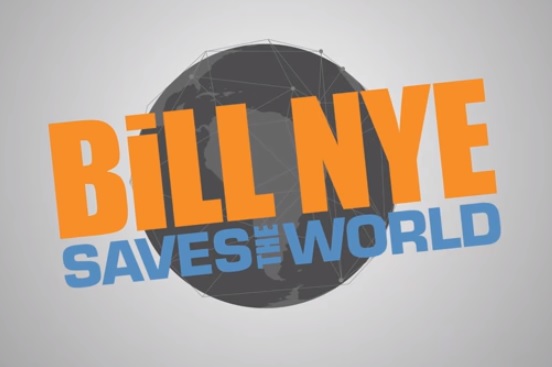 It was a “moment made for Bill Nye,” so The Washington Post said.

The Post was referring to the April 22, March for Science, but they could just has easily been making a broader point about Nye’s recent resurgence and the media reaction. It doesn’t seem to matter that his new show is heavy on entertainment, light on science and filled with liberal propaganda.

In his brand new Netflix series, the Boeing-engineer turned ’90s children’s TV host is supposedly saving the world ... one cringeworthy, anything-goes sex song and rant against climate change skeptics at a time.

The “sexual spectrum” episode of Bill Nye Saves the World preached gender fluidity as “forward thinking” and featured that nightmarish performance by Rachel Bloom (which Nye called “very special” in a non-sarcastic way).

Netflix released Bill Nye Saves the World on April 21, just a day before he marched in Washington, D.C. as an honorary co-chair and speaker at the March for Science.

Nye said in his new show that it is meant for adults and given its format, probably viewers of The Daily Show. In addition to Nye’s antics in a lab coat, cartoon explanations, celebrity appearances and rants, the show has a stable of correspondents made up mostly of entertainers and models. 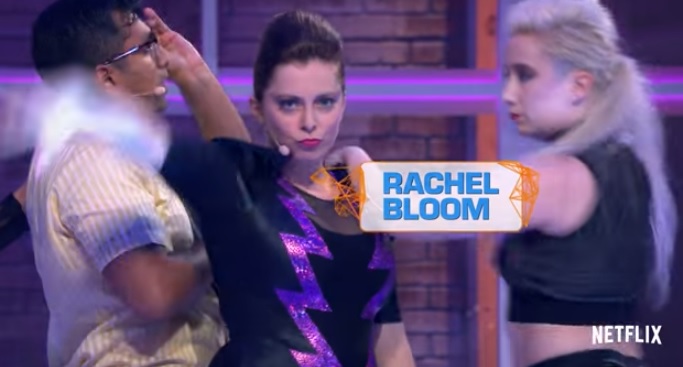 Much of the show is as predictably liberal as one might imagine for a man who has railed against climate “deniers” many times over, insulted creationists and attacked belief in God.

Each episode of the show features a panel discussion of the show’s main topic.

In the climate change episode, Nye stated (without actually providing any evidence) climate change is a worse problem than the world wars that have already taken place, worse than pandemics ... and “reality TV.” He insisted that the planet is warming “because of us,” and the “first step” to do something about it is limiting fossil fuels.

The climate panel included civil engineer Dr. Mark Jacobson of Stanford, journalist and author Richard Martin and actress and writer Taryn O’Neill, founder of SCIRENS — screen sirens for science. Actor Zach Braff also made a cameo appearance at the end of the episode to shout with Nye that they would “shut up” about climate change, once something is done about it.

Which should cause the viewer to wonder, where on earth are the scientists?

To many children who came of age in the 1990s, Bill Nye “the Science Guy” is an “icon” and a hero. Given the way the media cover him, those same children must have taken over newsrooms — at least at The Washington Post.

The Post has been completely obsessed with Nye and his role in the recent March for Science. The day after the March for Science, the Post proclaimed “The March for Science was a moment made for Bill Nye.” In the print edition, it declared “‘Science’ is in this guy’s name.” That story by Caitlin Gibson celebrated the “icon” and his “movement.”

In the local video section of the Post, a clip showed Nye saying “There’s been a movement to set science aside” and another one from him at the March for Science declaring that “science serves every one of us.” Proving he knows even less about the constitution, Nye recycled a false claim about the Constitution and scientific funding in an interview with CNN the day of the March for Science.

He had already garnered a Post story and headline on March 30, by announcing he’d join the march and was mentioned again in an April 21, Post article about the upcoming event.

His new Netflix series got a story of its own on April 20, and on Aug. 31, 2016, after IndieWire reported that Netflix had commissioned the new program. Post reporter Rachel Feltman wrote that story openly gushing, “For nerds of a certain age (sorry, but I’m about to talk about myself), Nye’s influence is hard to overstate.” So, not really science, just media adoration.

Feltman was thrilled Nye would get a new show and said “you can expect good things” from it.

Salon claimed the new show “champions facts in our post-truth age,” and “effective” in “simplifying the reasons that our planet’s survival depends on adopting a communal approach to solving the world’s problems.”

Apparently oblivious or unconcerned about Christians who will take offense, Salon calls Nye’s blunt statement “There’s no freaking Noah’s ark” and his declaration “did not happen” to the live audience’s laughter a “fine joke.”

‘Ethicist’ Says We Should Consider Penalizing People for Too Many Kids

Episode 13, “Earth’s People Problem” focused on overpopulation, included jokes at the expense of corporations and promoted contraception and family planning. Nye and his guests also failed to disclose that one panelist is an abortion provider, according to Facebook events she has spoken at in the past.

Although that panelist, Dr. Nerys Benfield, did not openly endorse abortion in her remarks on Nye’s show and she did condemn the history of forced sterilization against poor women and minorities.

The most disturbing remarks actually came from “ethicist” Travis Rieder of Johns Hopkins University. After Rieder complained about population’s impact on climate change, he noted that Nigerians have far more children on average compared to Americans, but Nigerians have such low carbon emissions that they are not the ones impacting the planet’s climate.

Nye followed up by asking if we should consider penalizing people in the developed world for having “extra kids.” Reider responded affirmatively saying, “I think we have to at least consider it.”

Dr. Rachel Snow, chief of population development at the U.N. Population Fund, cut Reider off and said she would “take issue with the idea that we do anything to incentivize fewer children or more children ... We’re really clear, people should have the number of children they want, the timing of children they want.”

Reider previously proposed a “carbon tax” on children to incentivize procreation in wealthy nations. NPR claimed he presented “moral” arguments to students and that his ideas “sound pretty persuasive in the classroom.”

But the overall tone of the episode and many things Nye said were far more pro-human ingenuity than the typical left-wing rants about population which assume an always increasing number of people, finite resources and stasis rather than adaptation.