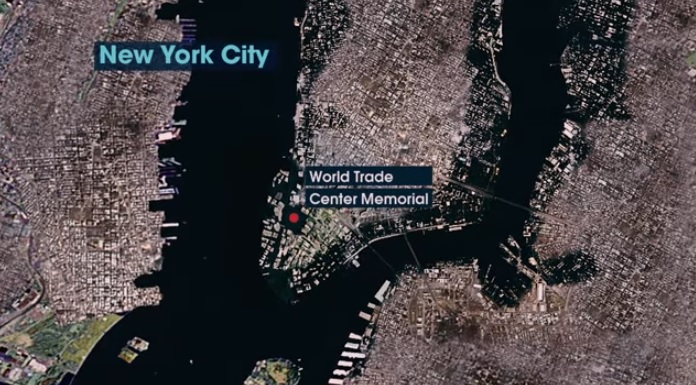 Now Gore is rewriting history to claim his prediction came true in promotion footage of his upcoming film, An Inconvenient Sequel: Truth to Power, which debuted at Sundance on Jan. 19.

In this case, context is the difference between honesty and self-interested revisionism.

“But this is what would happen to Manhattan, they can measure this precisely,” Gore warned as he showed his audience much of the city underwater, including the area where the memorial would be built.

Now, he’s twisted his original words to make it appear his prediction about Manhattan came true.

“Ten years ago when the movie An Inconvenient Truth came out, the single most criticized scene was an animated scene showing that the combination of sea level rise and storm surge would put the ocean water into the 9/11 memorial site, which was then under construction. And people said, ‘That’s ridiculous. What a terrible exaggeration,” Gore claimed in a newly released clip from An Inconvenient Sequel: Truth to Power. [Emphasis added]

In that clip, Gore then shows “Superstorm Sandy” footage of water flooding lower Manhattan, including the memorial site and a quote from Gov. Andrew Cuomo blaming climate change, to prove true Gore’s claim from 11 years ago.

But his original prediction was not about extenuating circumstances of a storm like Sandy slamming into New York or any “storm surge” at all. It was about the sea level rise that would be generated as (he predicted) ice melt in Greenland and Antarctica escalated dramatically.

The latest maps show that Greenland still has ice 11 years after Gore’s prediction of catastrophic melt due to global warming.

What’s worse than Gore’s rewrite of history is that online media not only aren’t exposing it, they’re perpetuating the distortion. EcoWatch reported on Jan. 23, “Al Gore’s Prediction Came True.” SlashFilm.com also posted on Jan. 22, that “Flooding Predictions From the First Film Have Come True.”

As for claims that Hurricane/"Superstorm" Sandy was the result of manmade climate change, there are scientists who dispute it. Even The Washington Post admitted, “Climate change does not cause storms and did not cause Superstorm Sandy. The historic record shows violent storms, some even more severe than Sandy, have struck the Northeast repeatedly.” The article quoted multiple scientists who disputed such attempts to place blame on “climate change.”

As for climate change-induced sea level rise, the Post said there had been roughly 6 to 8 inches of increase which “somewhat worsened the coastal flooding.”

Climatologist Dr. John Christy of the University of Alabama Huntsville said, “Hurricane Sandy was a minimal hurricane. So, it is in no way indicative of a rising trend in hurricanes that might be attributed to global warming.” In addition, Colorado State University researchers William Gray and Phil Klotzbach told National Geographic that human activity on the formation and intensity of Atlantic hurricanes “is likely to be negligible.”

Gore’s latest film will be widely released by Paramount in July 2017. It was well-received by Sundance 2017 attendees and the fawning media.