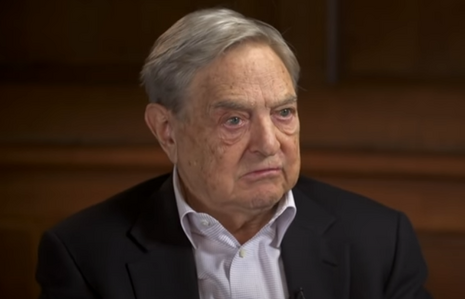 Notorious liberal billionaire George Soros spewed tens of millions of dollars into the abortion lobby between 2016 and 2020. And as the U.S. Supreme Court is reportedly set to overturn Roe v. Wade (1973), never has there been a more important time to remind Americans.

Politico obtained a leaked draft opinion indicating that SCOTUS “voted to overturn” Roe. The opinion, drafted by Justice Samuel Alito, stated: “Roe was egregiously wrong from the start. Its reasoning was exceptionally weak, and the decision has had damaging consequences.” The document also noted on abortion that the Court’s “conclusion” was that the “Constitution does not confer such a right.”

But the news comes after billionaires like Soros already used their ungodly fortunes to dump mountains of cash into supporting the killings of millions of unborn children across the U.S. for years. The Open Society Foundations database and Federal Election Commission records revealed that Soros and his groups gave at least $25,274,455 collectively to 11 radical abortion groups like Planned Parenthood Action Fund and its affiliates between 2016 and 2020.

The groups included abortion giant Planned Parenthood Action Fund ($14,150,000), the leftist NARAL Pro-Choice America ($2,200,000) and the Groundswell Action Fund ($2,350,000), the advocacy affiliate of the Groundswell Fund, according to Influence Watch. The Groundswell Fund “focuses on increasing access to low-cost or government-funded abortions, contraception, midwifery, and sex education, especially for minority groups,” according to Influence Watch. The Kaiser Family Foundation estimated in 2019 that the median cost for an abortion at 10 weeks’ gestation was $500. This means that Soros’ funding of 11 radical pro-abortion groups would be enough to pay for a whopping 50,548 abortions. 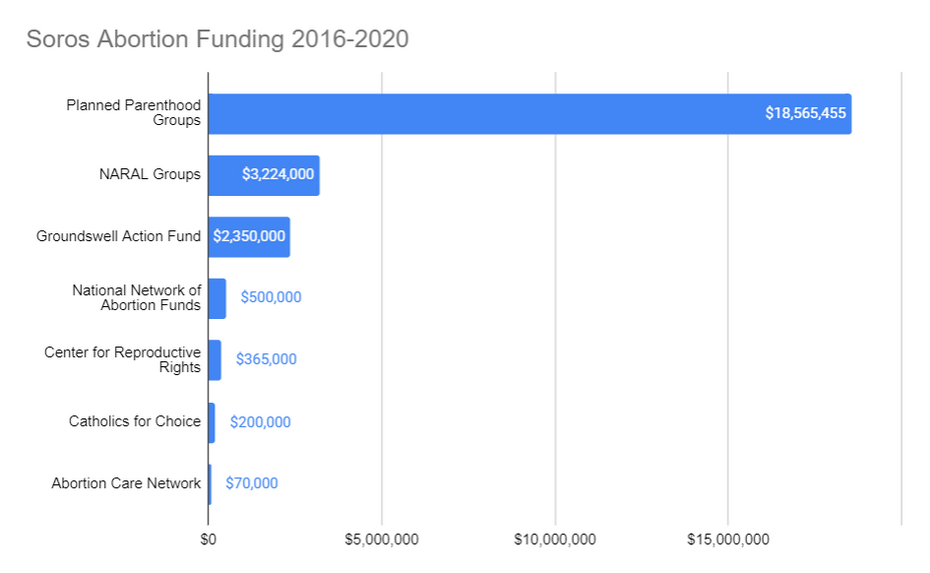 Soros’ sordid obsession with financing the pro-abortion movement emphasizes how pivotal a SCOTUS decision striking down Roe would be for his agenda. In 2021, Soros’ Open Society Foundations announced it would “invest more than $100 million over the next five years in strengthening a range of feminist-led movements and increasing their leadership across a broad range of sectors.” Part of the organization’s $100 million commitment included sneaky language alluding to abortion: “The investments will also boost efforts to ensure that women, girls, transgender, and gender non-conforming communities can make their own decisions about issues affecting their bodies and reproductive health care.” [Emphasis added.]

Catholics for Choice (CFC) which got at least $200,000 from Soros, recently launched a campaign to sway faith voters to vote in favor of candidates who champion abortion to boost the group’s political influence. CFC attempted to curry support from leftist donors by highlighting its utility within the religious community. “[CFC President Jamie L.] Manson maintains that when ‘your biggest opposition is the Catholic Church and right-wing lay Catholics,’ CFC is invaluable to funders because it knows how to respond in the language of faith,” according to Inside Philanthropy. [Emphasis added.]