The newspaper owned by the second richest man in the world actually claimed that the Internal Revenue Service needs— wait for it — more money. 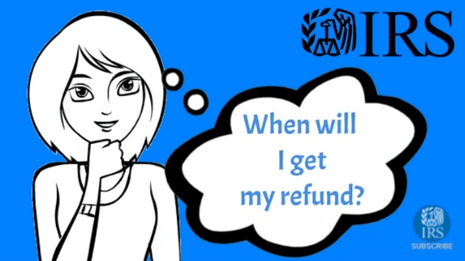 The Post fretted that “there’s a lot more at stake” than Americans scrambling to meet the tax filing deadline.

They wrote that the IRS “is currently limping along without enough staff or funding. Congress, especially Republicans, needs to face up to reality.” The Post, of course, then made the issue partisan: “the core problem is that Republicans slashed the IRS budget about 18 percent in the past decade. That’s not belt-tightening, it’s gutting an agency.”

It is blatant hypocrisy for a billionaire-owned newspaper to tell readers that the IRS needs more of their taxpayer money. Post owner Jeff Bezos, worth $179 billion, can voluntarily donate a few of his billions to the U.S. government if he wants.

In addition, The Post’s editorial is just nonsense. It noted that “Congress did approve more funding ($12.6 billion) for the IRS for the rest of this fiscal year and gave the agency the ability to fast-track hires, but it won’t be enough.” According to The Post’s pro-bureaucracy pontificating, the IRS “needs to hire for thousands of positions right now — and prepare for the fact that more than 50,000 IRS employees are likely to retire in the next six years.” [Emphasis added.]

But as Americans for Tax Reform President Grover Norquist wrote on Tax Day that “53 percent of all IRS employees are working from home full time. Others spend ‘some’ time in the office.”

The corrupt culture of the IRS, which Norquist called a “one-party, unionized, bureaucratized agency,” “does not suggest improvement anytime soon. IRS agents are ‘protected’ by civil service laws. It is almost impossible to fire them.”

Norquist continued: “On top of that they have one of the most aggressive unions making the agency difficult to reform in even baby steps. One sign of the culture is that 97 percent of all the IRS union’ campaign contributions flow directly to Democrat candidates.” [Emphasis added.]

Also, did The Post think it could memory-hole the 2013 scandal involving the IRS under President Joe Biden’s old boss and its targeting of conservatives? Why would any American want to give more of their tax dollars to an institution that has a record for going after political opponents? Let's let former Daily Show host Jon Stewart recap the incident for the newspaper, who called it a “genuine scandal.”