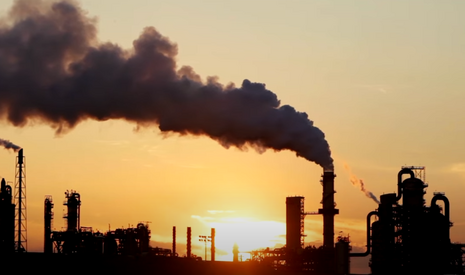 Newman called “solar geoengineering” one of the “great hopes” to “stop or slow climate change.” He explained the idea as “an attempt to figure out a way to cool the planet by deflecting some of the sun’s rays before they reach us humans.” Newman based his argument on an equally absurd article by Bloomberg Opinion columnist Clara Ferreira Marques headlined: “Solar Geoengineering Research Is a Risk Worth Taking.”

As Newman summarized, “Clara argues it’s ‘terrifying and terrible in the way that chemotherapy is: We don’t want it, but can we deny ourselves the possibility?’” But Newman undercut himself by admitting that “The science isn’t yet there,” and that “a group of scientists argue it should be banned now — and they are not wrong that it is a risky and last-resort proposition.” Or, perhaps dimming the thing that makes life possible on Earth is just as crazy as it sounds, and Newman pushing it as a solution makes no sense at all.

Climate Depot founder Marc Morano slapped down Newman’s blot “out the sun” as a “last-resort” argument in comments emailed to MRC Business. Morano referenced his book Green Fraud (2021), which pointed to a Newsweek article from April 28, 1975 showing how climate change extremists advocated for “melting the arctic ice cap by covering it with black soot” to stave off global cooling. According to Morano, Newman’s argument is “a redo of the 1970s. Before fossil fuels caused global warming, fossil fuels caused global cooling and the ice age in the 1970s!”

They were worried that our fossil fuel pollution was blocking out the sun creating global dimming and the next ice age. They were trying to geoengineer the climate back in the 1970s and here we have come full circle now trying to do it the other way by essentially cooling the planet instead of trying to warm it.

But as is the case with much of the eco-extremist fear mongering, outrageous proposals like blotting out the sun are just political gibberish to convince politicians to push more meaningless climate regulations.

“Climate activists are using the threat of ‘blotting out the sun’ as a form of lobbying for ‘climate action,’” Morano argued. “They are saying, 'We are being forced to do this risky radical experiment on our planet' unless we reduce our emissions. It's one level of futile to pass legislation to attempt to regulate the climate and a whole different level to monkey around with the physics and mechanics of the atmosphere.”

Conservatives are under attack. Contact letters@bloomberg.net and demand the outlet stop peddling insane climate ideas like blotting out the sun.