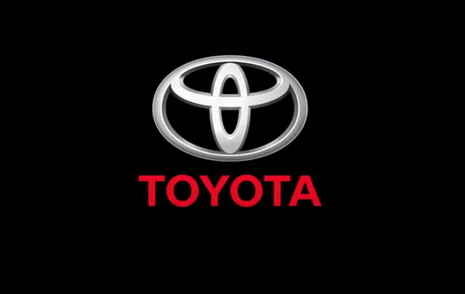 The liberal media hate when big corporations step outside of the woke narrative and support congressional GOP members who thought the 2020 elections were shady.

Axios’s hit piece was headlined, “Toyota leads companies in election-objector donations.” The outlet took the time to attack companies for supporting political candidates it didn’t like. Automotive company Toyota reportedly led the pack with $55,000 in donations to 37 "GOP objectors." For context on how minuscule that is, Toyota’s entire estimated net worth is $236 billion, meaning Toyota’s political giving to "GOP objectors" only accounts for a measly 0.00002 percent of its net worth.

Axios reminded readers in its “Why it matters” section how “[f]ollowing Jan. 6, huge segments of corporate America rethought their political-giving programs,” to shame companies that didn’t adhere to the trend. Leftist Raw Story made the Axios report on Toyota’s political giving even more ridiculous: “Toyota draws backlash for supporting GOP insurrectionists: 'So Toyota doesn't believe in democracy. Got it.'”

Axios took the propaganda a step further and proposed that Toyota and other companies were connecting themselves to the Capitol Hill riot. “The new numbers suggest some large companies have decided to maintain support — even for members of Congress deeply enmeshed in the pro-Trump conspiracy theories that fueled the Capitol attack,” Axios said.

Toyota, so far, has not backed down. A company spokesman told Axios that it wasn’t catering to corporate America’s new woke culture: “‘We do not believe it is appropriate to judge members of Congress solely based on their votes on the electoral certification.” Axios whined that Toyota’s donations equated “to a quarter of the bloc that voted to nullify President Biden's win after the Capitol siege.”

The lede paragraph for Raw Story’s Toyota hit piece was case-in-point how the left is willing to spit out extreme craziness for the sake of attacking political opinions it disagrees with. Raw Story accused election-objectors, which included GOP Senators Ted Cruz (R-TX) and Josh Hawley (R-MO), of being “insurrectionists:”

The car company Toyota is drawing criticism from those on the left for releasing a statement saying that they'll continue to support insurrectionists in Congress.

Liberals on Twitter also lost their collective minds over Toyota not being as woke as they are.

Daily Beast Contributing Editor Molly Jong-Fast screeched: “This is so fucked up @Toyota.” She is also listed as a contributor to leftist-funded, faux conservative Bulwark.

MeidasTouch.com suffered a conniption and accused Toyota of sponsoring “sedition:” “.@Toyota, the official car sponsor of sedition. Who is ready to boycott until they stop funding the Republicans who incited the insurrection?”

The founder of the now-defunct leftist outlet ThinkProgress, Judd Legum, accused Toyota’s statement of plagiarizing from a memo taken from the U.S. Chamber of Commerce:

This explanation from @Toyota about why they've given to 37 members of Congress who voted to overturn the election was taken word-for-word from a memo issued by the U.S. Chamber of Commerce in March.

Conservatives are under attack. Contact Axios and demand they stop attacking Toyota for exercising its free speech.