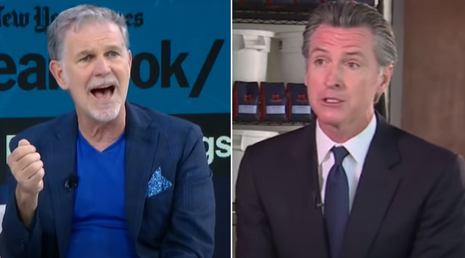 Fox News also outlined that Newsom is currently enjoying an advantage over his competitors because no finance limits have been placed on his defense campaign:

Newsom, who is expected to face a recall vote in the fall due to an effort started by Republicans and others who criticized his coronavirus restrictions, has an advantage over his challengers in that state law allows him to raise unlimited amounts of money. Conversely, his challengers are limited to $32,400 in their direct accounts because of campaign laws.

In a joint letter in 2020, the attorneys general for Ohio, Louisiana, Texas and Florida called on Hastings to cease streaming Cuties on its platform. The letter stated that the film “‘whets the appetites of those who wish to harm our children in the most unimaginable ways,’” as reported by CNSNews.com. Hastings reportedly defended the disgusting film in October, calling it a “coming-of-age” story, according to The Federalist.