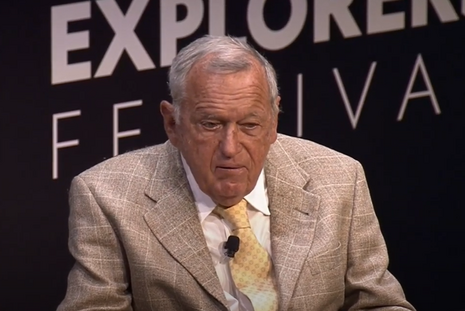 It turns out that the left has no problem taking “dark money” when it benefits their own political ends.

The New York Times published an explosive report naming liberal Swiss billionaire Hansjörg Wyss as “one of the most important donors to left-leaning advocacy groups and an increasingly influential force among Democrats.”

New tax filings showed that two of Wyss’s organizations “donated $208 million from 2016 through early last year to three other nonprofit funds that doled out money to a wide array of groups that backed progressive causes and helped Democrats in their efforts to win the White House and control of Congress last year,” according to The Times. Officials from Wyss’s organizations reportedly worked on President Joe Biden’s transition team or joined his administration.

Wyss’s organizations have reportedly donated “tens of millions of dollars since 2016 to groups that opposed former President Donald J. Trump and promoted Democrats and their causes.”

The Times pointed out that it is unclear whether Wyss is even a U.S. citizen:

Born in Switzerland and living in Wyoming, he has not disclosed publicly whether he holds citizenship or permanent residency in the United States. Foreign nationals without permanent residency are barred from donating directly to federal political candidates or political action committees, but not from giving to groups that seek to influence public policy — a legal distinction often lost on voters targeted by such groups,” [emphasis added.]

Recipients of Wyss’s money included Soros-funded organizations like the Center for American Progress, where he is a board member, and Priorities USA. The Times wrote that Wyss also financed “organizations that ran voter registration and mobilization campaigns to increase Democratic turnout, built media outlets accused of slanting the news to favor Democrats and sought to block Mr. Trump’s nominees, prove he colluded with Russia and push for his impeachment.”

The Times hyperlinked to a NewsGuard report identifying “fake news” network Courier Newsroom as being connected to Wyss funding. Courier “has faced scrutiny for exploiting the collapse of local journalism to spread ‘hyperlocal partisan propaganda,’” according to OpenSecrets.