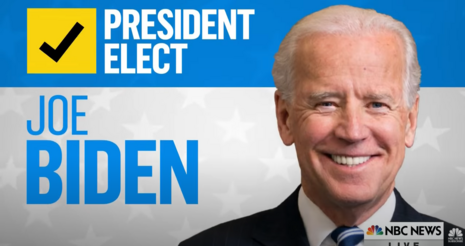 Big Tech and Big Telecom are punishing GOP members in the House of Representatives and the Senate whose politics they don’t like.

Amazon, Airbnb, AT&T, Comcast, Verizon (parent company of Yahoo! News) and Intel were all reported to be withholding donations. Their targets were any of the members of Congress who objected to certifying the controversial Electoral College results Jan. 6.

That’s the same kind of objection that Democrats have used in the past three presidential elections where a Republican won (2000, 2004, 2016), albeit without the same level of backlash from the big-name brands. Apparently, GOP members of Congress representing the interests of the constituents who elected them are now officially taboo.

Liberal Comcast, the parent company of left-wing NBC News, was arguably the biggest hypocrite in feigning righteous indignation. The company released a statement that said in part, “This year, [the peaceful transition of power] will take place among some of the most challenging conditions in modern history and against the backdrop of the appalling violence we witnessed at the U.S. Capitol last week. At this crucial  time our focus needs to be on working together for the good of the entire nation.”

The company then pledged that “consistent with this view,” it would “suspend all of our political contributions to those elected officials who voted against certification of the electoral college votes.”

Actually, this isn’t consistent at all. Comcast pledged to give a whopping $100 million to support leftist social justice causes when the country was in the middle of violent Antifa and Black Lives Matter riots that were ripping across the country in June, 2020,

Comcast Corporation CEO Brian Roberts released a statement at the time downplaying the leftist violence. He even accused the U.S. of housing “structural racism.”: “Last Sunday, I wrote to you to express my outrage over the far too familiar and frequent acts of violence against the Black community, and to acknowledge the structural racism that fuels these injustices.”

Apparently, Comcast likes to only deliver discipline against members of Congress who don’t align with its own liberal politics.

AT&T, the telecommunications giant and parent company of CNN, also wanted to get in on the anti-GOP action:

Employees on our Federal PAC Board convened a call today and decided to suspend contributions to members of Congress who voted to object to the certification of Electoral College votes last week.

Reporting has recently shown that CNN blowhard Brian Stelter liked to suck up to his boss then-AT&T CEO Randall Stephenson when he could. Perhaps it's because AT&T likes to coddle its leftist employees.

Verizon was short, sour and to the point on its decision to ban donations to Republicans raising concerns about election integrity. The telecom giant said in a statement obtained by CNBC,“‘We will be suspending contributions to any member of Congress who voted in favor of objecting to the election results.’”

Protocol documented the statements of some of the Big Tech companies who also decided to lash out at Congressional members doing their jobs.

Big Tech company Amazon griped in its statement: “Given the unacceptable attempt to undermine a legitimate democratic process, the Amazon PAC has suspended contributions to any Member of Congress who voted to override the results of the US Presidential election.” It’s worth noting that this is the same company that denied the free-speech social media company Parler access to its servers, which caused the entire site to collapse.

Airbnb was no less triggered. It said in a statement:

Airbnb strongly condemns last week’s attack on the US Capitol and the efforts to undermine our democratic process. We will continue to uphold our community policies by banning violent hate group members when we learn of such memberships, and the Airbnb PAC will update its framework and withhold support from those who voted against the certification of the presidential election results.

Given that Airbnb has a history of being accused of fostering a culture of “racism” by the liberal media in the past, it makes sense why the company would want to appear as woke as possible right now.

While Intel's PAC will continue bipartisan contributions, we will not contribute to members of Congress who voted against certification of the Electoral College results as we feel that action was counter to our company's values.