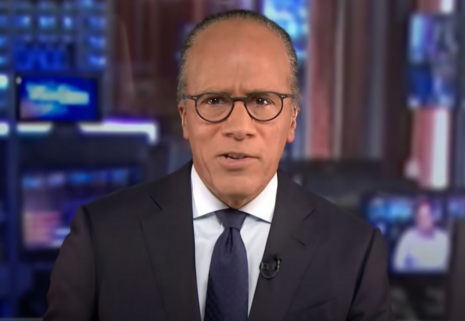 Remember when media outlets like BBC were casting shade on President Donald Trump for placing the blame for the out-of-control West Coast wildfires on forest mismanagement?

It looks like NBC News just admitted that the president may have been right about forest mismanagement. Yet, the outlet still tried to pin some of the blame on climate change.

NBC News published a story admitting that “Decades of mismanagement led to choked forests — now it's time to clear them out, fire experts say.” NBC News immediately tried to throw the eco-spin on their own admission: “as climate change continues to fuel dry conditions in the American West, many experts say it’s long past time to shift the focus back to managing healthy forests that can better withstand fire and add to a more sustainable future.” But according to Forbes Magazine September 13, “California’s leading forest scientists say that fire suppression and the accumulation of wood fuel, not climate change, are what’s made California’s fires more intense.” [Emphasis added.]

Institute for Energy Research Senior Economist David Kreutzer wrote in September, “Blaming wildfires on climate has some data problems, too. NASA satellites observed a 25 percent reduction in burned area worldwide between 2013 and 2019. Assessment of a longer U.S. record fails to support the global-warming-equals-more-fires story.”

Still, NBC News did concede that “[f]or decades, federal, state and local agencies have prioritized fire suppression over prevention.” In California specifically, “the state’s policy to stop fires as soon as they ignite resulted in a backlog of trees in forests now choked with brush and other dry fuels.” [Emphasis added.] NBC cited former Angeles National Forest supervisor Mike Rogers, who said: “‘We have more large trees per acre than we’ve ever had because they have continued to grow, and underneath these large trees are young shrubs that fuel fires in the crown of the trees … When a fire starts in there, it’s unstoppable.’”

Climatologist Dr. Roy Spencer also wrote in November 2019 that “When you add the increasing population, risky forest management practices, and lack of maintenance of power lines, it should be little wonder that wildfire activity there has increased.”

On the question of climate change, Spencer wrote: “I think it is a mistake to blame increased wildfire activity on ‘climate change’, when we don’t even know if there has been a change in the meteorological events most associated with major California wildfires: the intrusion of cool Canadian high pressure areas into the U.S. Southwest.”

Pushing climate change even when the news undercuts that leftist narrative is par for the course for the liberal media.

When CNN published a story earlier this year on how the Glacier National Park had removed signs predicting its glaciers would “be gone” by 2020, it immediately tried to qualify its own reporting by touting man-made warming in a sub-section headlined: “Humans are responsible, scientist says.” [Emphasis added.]

Conservatives are under attack. Contact NBC News (212- 664-6192) and demand they stop pushing climate change propaganda when reporting on the West Coast wildfires.