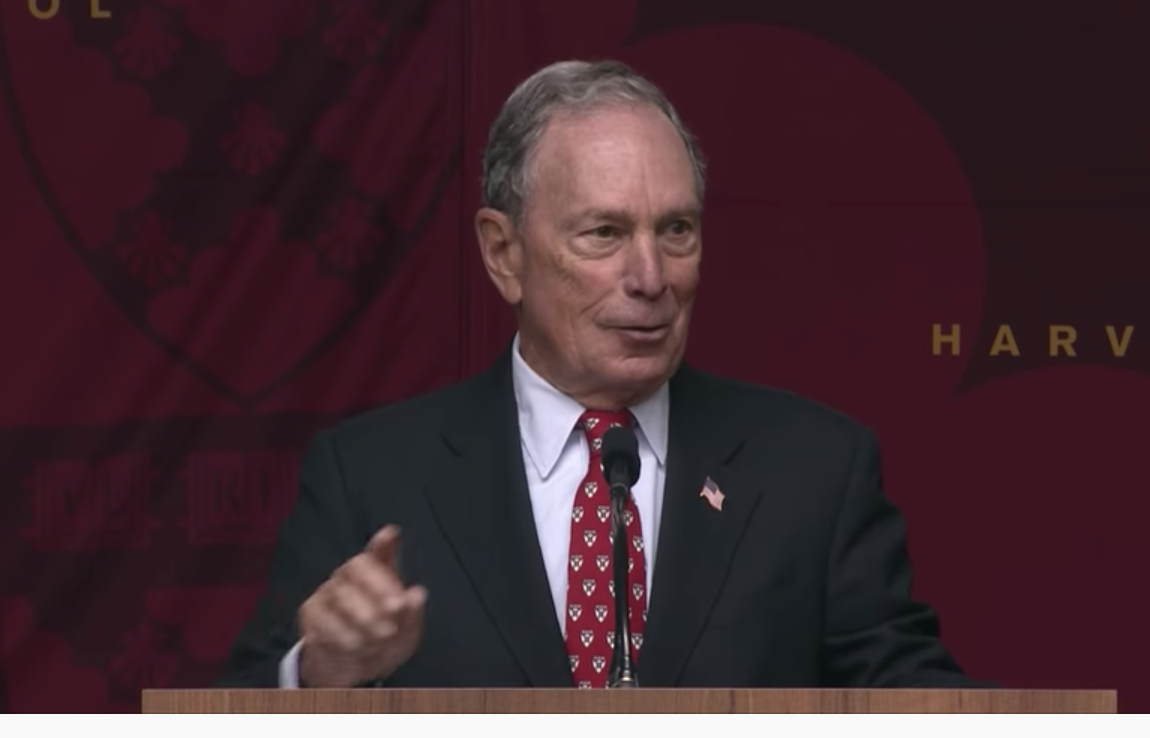 Liberal megadonor and potential 2020 candidate Michael Bloomberg illustrated why the ongoing bellyache over money in politics by the liberal media reeks of hypocrisy.

The billionaire pledged to initiate a $100 million digital campaign “designed to attack and define President Trump in the top battleground states seen as likely to decide the 2020 election,” The New York Times reported Nov. 15.

The ads are set to go “online” Friday in four states — Arizona, Michigan, Pennsylvania and Wisconsin — and will “run through the end of the primary season, even if Mr. Bloomberg is not in the race.” The Times also noted that even though Bloomberg has not officially declared his candidacy, “He is about to become the single biggest spender in the presidential race anyway.”

“The list of swing states included in Mr. Bloomberg’s anti-Trump campaign would most likely grow in the future,” Bloomberg adviser Howard Wolfson said, The Times paraphrased.

The Times also called the spending an “unprecedented financial show of force and a pre-emptive strike to undercut the expected Democratic complaints that Mr. Bloomberg’s money would be best spent on Democratic priorities, rather than his own presidential ambitions.”

The liberal newspaper fawned that the campaign “delivers the unsubtle message that if Democrats were to nominate Mr. Bloomberg, his immense wealth could tilt the financial playing field of 2020 in their favor.”

This kind of spending is typical for Bloomberg. OpenSecrets listed him as second-highest federal contributor in 2018, having spent $94,837,766 supporting liberal “federal candidates, parties, political action committees, 527 organizations, and Carey committees.”

In June, Bloomberg launched a $500 million dollar effort to eradicate the U.S. coal industry via his Beyond Carbon initiative.

Bloomberg is not the only one looking to infuse big cash in this election, however.

Progressive organization Acronym, and an affiliated PAC, announced they will also be investing $75 million in anti-Trump ad campaigning, The Times reported Nov. 4. Their digital campaign “would kick off immediately with a heavy focus on shaping how the public views Mr. Trump and the Democratic Party during the primary season, well before a nominee emerges.”