CNN Business published an opinion piece that acknowledged soaring inflation and rising gas prices. The economist author absurdly recommended applying a band-aid to the problem, suggesting the government should spend even more money.

But in this case, the supposed cure really is worse than the disease. 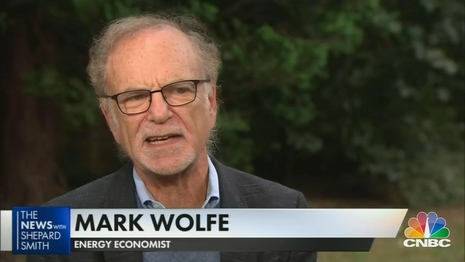 “The fastest and most effective way to protect vulnerable citizens from the impacts of global economic instability is to provide a direct payment through the IRS, similar to the three stimulus checks that were sent to families during the height of the pandemic,” he wrote.

Cato Institute Tax Policy Studies Director Chris Edwards exposed the folly of Wolfe’s plan in exclusive comments to MRC Business: “Ongoing federal deficits of more than $1 trillion a year are helping to fuel historic inflation, so any further spending increases would only make the inflation fire that much harder to extinguish.”

In other words, more stimulus checks would mean worse inflation.

Center for Freedom and Prosperity economist and co-founder Daniel Mitchell explained that past stimulus spending also stung the jobs numbers in exclusive comments to MRC Business. “So-called stimulus spending has been a failure under Republican presidents and Democratic presidents,” Mitchell wrote in an email. “For instance, Biden’s $1.9 trillion package last year actually led to fewer jobs according to the White House’s own numbers. The bottom line is that a bigger burden of government spending would be bad news for all Americans.”

Another glaring problem with Wolfe’s plan is simple math. Wolfe suggested the Biden administration “ask Congress to authorize a payment of $1,100 per household to pay for four months of higher prices going forward, and provide an option for the president to provide a second or even third check to low-and-moderate income families for an additional four months” if prices remain high.

$1,100 per household might not sound like much, but the cost estimate of Wolfe’s plan is truly astounding.

Statista estimated the number of families living under the poverty line in 2020 at about 7.3 million.

Conservatives are under attack. Contact CNN at (404) 827-1500 and demand it report on Biden’s responsibility for the American energy crisis.