This is the third month in a row for a strong jobs report. The question is: Will journalists continue to ignore the good economic news under President Donald Trump?

The stock market surged April 5, after news of what CNBC Senior Economics Reporter Steve Liesman called “another blowout” jobs report from the ADP private payroll. According to the report, the private sector gained 263,000 jobs in March, which was 83,000 more than economists expected. 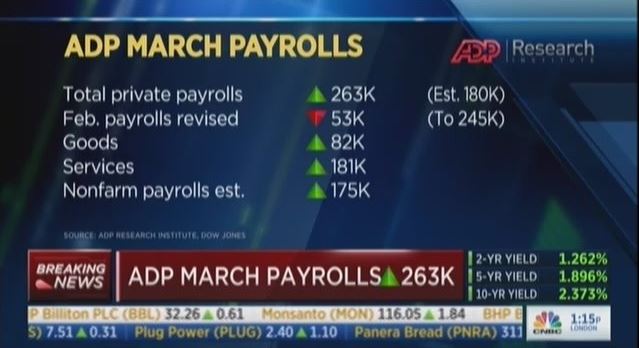 Shortly after the release of the report, CNBC Mad Money host Jim Cramer praised the report. “This is the kind of thing that can make the [stock market] rally continue” Cramer argued during CNBC’s Squawk Box. The Dow Jones Industrial Average has surged nearly 12 percent since Trump’s election Nov. 8.

The markets responded almost immediately to the ADP report. Right before the announcement, the Dow futures market indicated the index would open up 30 points. Within five minutes, it jumped up to positive 50. By noon, it was up nearly 150 points.