There has been no shortage of vitriol directed at President Donald Trump, but one CEO recently went beyond criticism to what could be viewed as a threat.

Ted Kornblum, Founder and CEO of Magnatone guitar amplifier company, posted on Jan. 30,  “Rest easy people, it’ll take only 100 days till Trump gets a bullet in the head!” 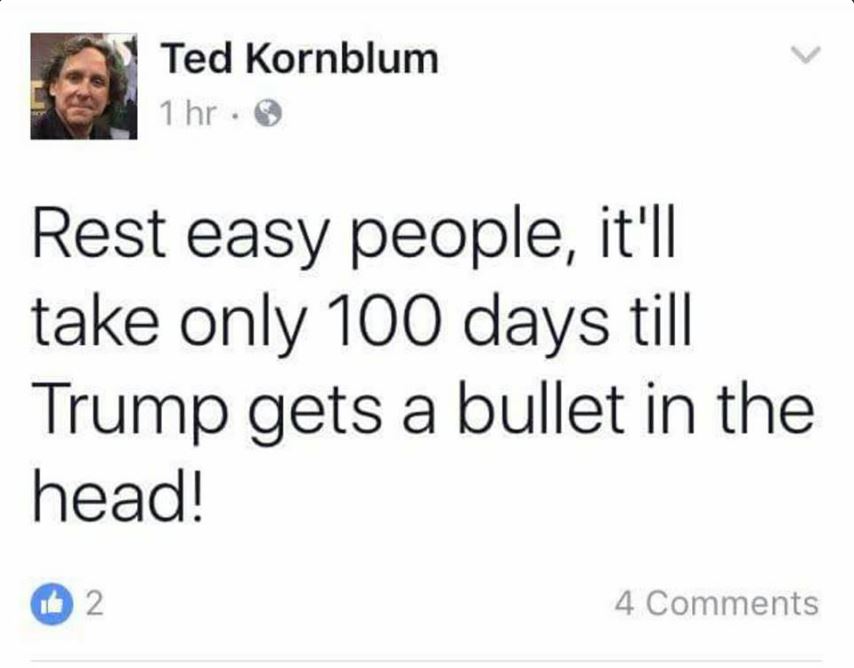 In that apology, Kornblum downplayed the seriousness of his original post stating, “Earlier today a frivolous, insensitive political post went out on Facebook. It should not have. Magnatone is not a political organization, respects the beliefs and opinions of all people and does business accordingly.”

He also said “I sincerely regret this careless mistake, and apologize to anyone, anywhere, who may have been offended.”

Many people, including talk radio host John Cardillo, have reported the incident to law enforcement and Secret Service through social media.