On Wednesday, MRC’s Dan Gainor appeared alongside tech expert Lance Ulanoff on Fox Business’ After the Bell to discuss Twitter CEO Jack Dorsey’s testimony before Congress. At the hearing the Dorsey denied any allegations that there was censorship of conservatives, however Gainor insisted that this was contrary to the evidence. 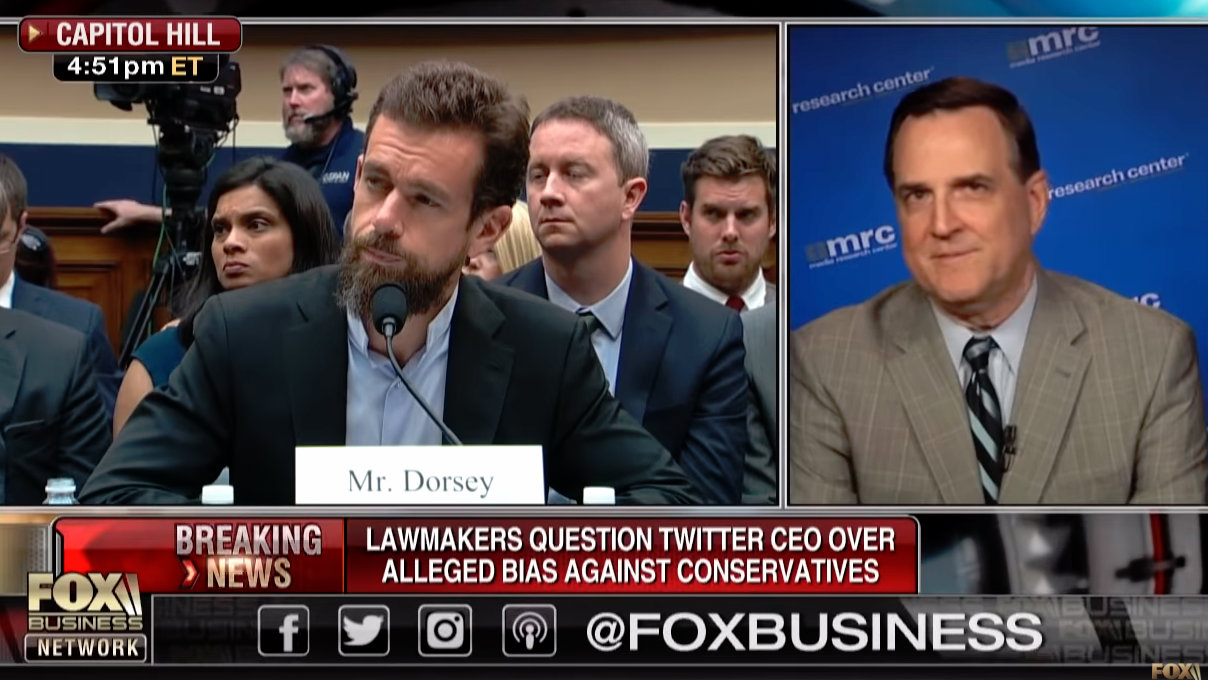 Host David Asman began, “So Dan, Dorsey says he doesn’t discriminate against viewpoints. Do you have any evidence that he’s wrong?” Gainor slammed Dorsey’s denial, saying, “Well of course we have evidence that he’s wrong. We have examples of advertising discrimination. Just ask the Live Action people,” he added, mentioning that the group’s founder Lila Rose “was tweeting out during the hearing, that of course they’ve not been allowed to advertise.”

Gainor continued, mentioning specifics behind Twitter’s programming, “This whole idea of algorithms. If you take that out of this debate here, you’d find every liberal, every major tech publication will admit that algorithms can be biased.”

“Why is it so difficult, when you hear countless examples of conservatives complaining they’re being discriminated against on the accounts?” He brought up conservative pundit Candace Owens as an example, saying, “When Candace Owens retweets almost an identical version of what Sarah Jeong does, and she gets suspended for it briefly? We know this is happening.”

Ulanoff was less convinced than Gainor, stepping in to say, “I wouldn’t discount algorithms… The algorithm is a deeply programmed thing, and Jack talked about internal peer review on biases, and honestly, it’s just not how Twitter works.”

Gainor responded that Twitter, and other platforms, had changed their programming to benefit liberal mainstream news outlets, referencing a study showing that tech companies promoted links to CNN or Huffington Post but rarely did so for Fox or other major conservative sources.

Gainor stated, “Links to Fox News appeared almost not at all in this study -- and this wasn’t a conservative study, this was done by researchers that came up with a top five links that were consistent -- that were consistent to five companies.” “Forty-nine percent of the links, the top five were all liberal outlets: CNN, Politico, Huffpost, New York Times, Washington Post. The remainder of the top fourteen were also liberal.”