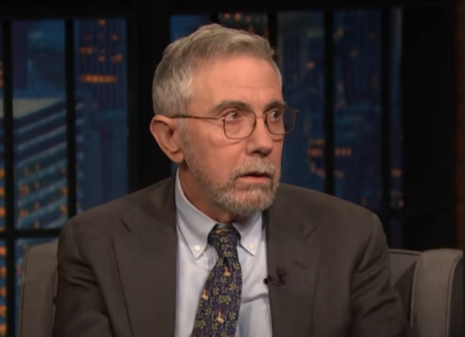 In a rant Sunday evening, Krugman criticized JD Vance, an Ohio candidate for U.S. Senate, for not giving homage to the Biden administration’s economic policies. He chastised Vance for discussing a policy aimed at paying parents for having more children without mentioning the child tax credit.

After discussing birth rates and the economic impact of low birth rates versus higher ones, Krugman concluded that Vance’s suggested policy was really about creating “more white Christians.”

“So the economic case for pro-natalism is really weak — so you're left with some kind of "family values" argument (I mean, look at how fatherhood has mellowed and matured Donald Trump) or, not-so-hidden subtext, the need for more white Christians…”

The racist undertones of the tweets did not go unnoticed on Twitter.

“I don't know, maybe the reason many cultures outside of America's waspy elite value big families is because we think of children as more than numbers on a spreadsheet?” one user tweeted.

Vance took the opportunity to poke fun at Krugman’s obsession with the Biden administration as well as his failed economic policy predictions.

“Paul Krugman is one of many weird cat ladies who have too much power in our country. We should change this,” Vance tweeted.