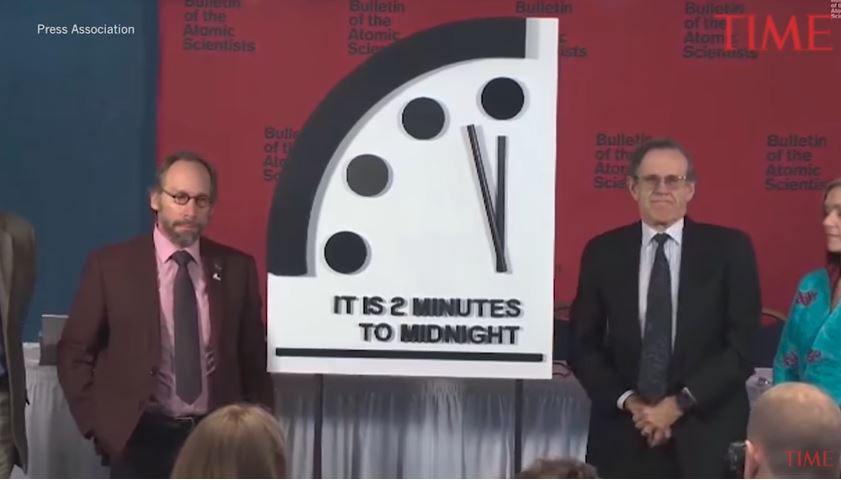 The word “doomsday” is intended to terrify. So moving the Doomsday Clock forward to just two minutes to midnight gives journalists a chance for a national freakout about the chance of nuclear war.

Only one problem with that. The two academics helping make this news are liberals who have given to the left eight times more than the right. “[T]he failure of President Trump and other world leaders to deal with looming threats of nuclear war and climate change,” two Bulletin of the Atomic Scientists board members announced in The Washington Post.

Bulletin of the Atomic Scientists (BAS) Board of Sponsors chair Lawrence Krauss and BAS Science and Security board chair Robert Rosner co-authored the Jan. 25 Post announcement saying, “We’re as close to Doomsday today as we were during the Cold War.” 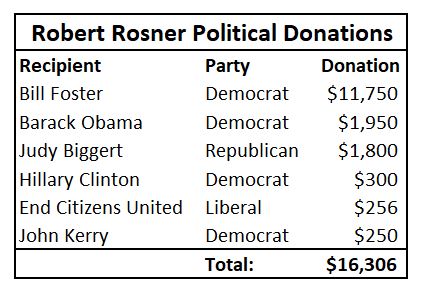 Both Krauss and Rosner have repeatedly donated to liberals, including Hillary Clinton’s 2016 presidential campaign. Rosner gave more than $14,000 to Democrat candidates and causes since 2004, but only $1,800 to one Republican candidate. And while OpenSecrets records only show Krauss giving $180 in donations, they all happened between September and November, 2016, mostly to Clinton’s presidential campaign -- and represent 19 separate donations.

Together the authors have donated to $14,686 liberal Democrats and just one Republican over the last 14 years.

The Post report disclosed that recent changes to the Doomsday Clock have been made in response to President Donald Trump. “The failure in 2017 to secure a temporary freeze on North Korea’s nuclear development was unsurprising to observers of the downward spiral of nuclear rhetoric between Trump and North Korean leader Kim Jong Un,” the report elaborated. 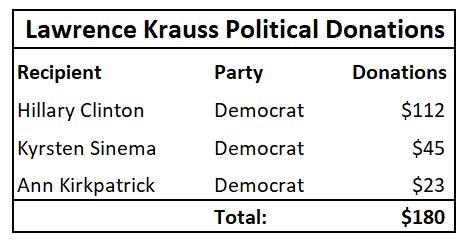 Krauss and Rosner revealed the real purpose for the Doomsday Clock in their conclusion: to act as a tool of activism.

“We hope this resetting of the clock will be interpreted exactly as it is meant: an urgent warning of global danger. The time for world leaders to address looming nuclear danger and the continuing march of climate change is long past,” they urged, “The time for the citizens of the world to demand such action is now.”

It is no surprise that persistently liberal donors would use their platform to push climate change and criticize Trump. BAS similarly moved the doomsday clock nearer midnight following Trump’s inauguration in January 2017.

Even during President Ronald Reagan’s administration, BAS was pushing its liberal agenda. It moved the Doomsday Clock to just three minutes from midnight following Ronald Reagan’s reelection. The clock had been at seven minutes to midnight prior to his election.