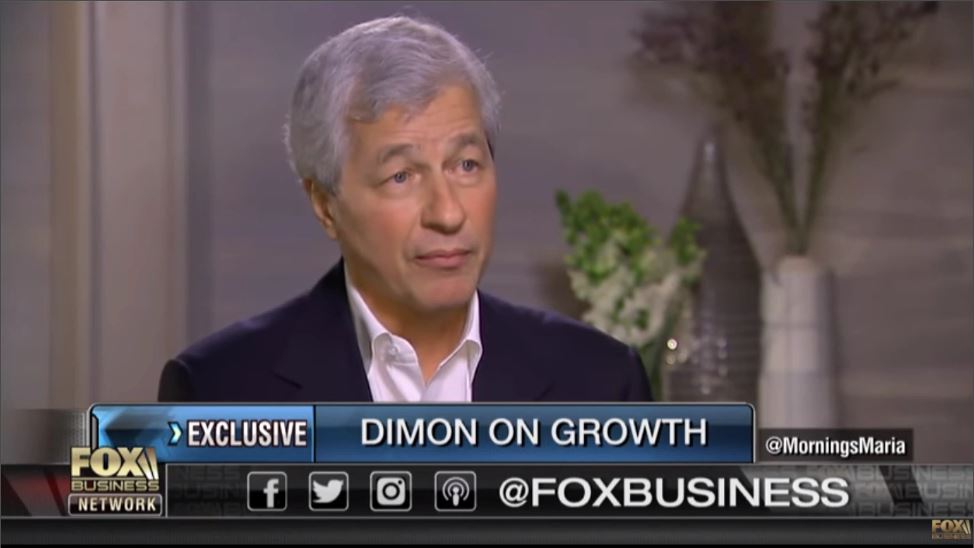 The U.S. economy is booming. So much so that 4 percent economic growth is possible in 2018, according to JP Morgan CEO Jamie Dimon. To the broadcast networks, that information was far less important than a freshman football star and a dog stuck on a train.

“If we have a couple of years of good growth, that could justify the markets where they are. Four percent economic growth this year is possible,” Dimon told Fox Business anchor Maria Bartiromo on Jan. 9. The last time the economy grow at 4 percent was in 2000, 18 years ago.

“The economy is doing quite well” @jpmorgan ceo Jamie Dimon “if we have a couple of years of good growth, that could justify the markets where they are. 4% economic growth this year is possible” @MorningsMaria @FoxBusiness #Dow25K

Dimon’s prediction was nowhere to be found on the Jan. 9, evening news shows. Instead, CBS and NBC spent a collective three minutes, 40 seconds on a freshman quarterback from Alabama, and ABC spent 13 seconds on a dog whose leash got stuck in the door of a subway train.

ABC, CBS and NBC evening news shows have cited Dimon at least five other times throughout the past year, demonstrating they do publicize his views when they align with the networks’ agendas. For example, all three promoted Dimon on Aug. 6, 2017, when he criticized President Donald Trump for disbanding his business advisory councils following backlash after the Charlottesville riots.

CBS and NBC again cited Dimon in early December, 2017, recounting statements he had made criticizing bitcoin.