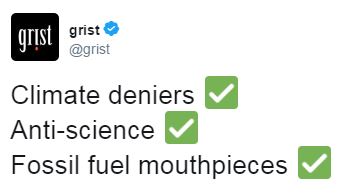 When Myron Ebell, director of the Center for Energy and Environment at the Competitive Enterprise Institute, joined Trump’s EPA transition team, InsideClimate lashed out at him as well:

Meet the climate denier who's plotting the future of the EPA under Donald Trump. https://t.co/NeM9nTkCFE pic.twitter.com/nKyi0CMLmB

Another 20 “denier” tweets by InsideClimate generically attacked anyone who did not buy its version regarding the threat of climate change.

DeSmog Blog followed InsideClimate’s example and used “denier” in 29 tweets to attack Trump appointees and climate skeptics. DeSmog also called their logic “baffling,” and asked for financial support because “deniers” were “trying to take over govt.”

As offensive as the repeated Holocaust references were, are nothing new and are certainly not a matter of ignorance. In 2006, Grist writer David Roberts wrote “we should have war crimes trials for these bastards -- some sort of climate Nuremberg.” Roberts later apologized and tried to downplay the analogy, but still defended himself on twitter, saying man-made climate change skepticism as a “monstrously immoral thing.” 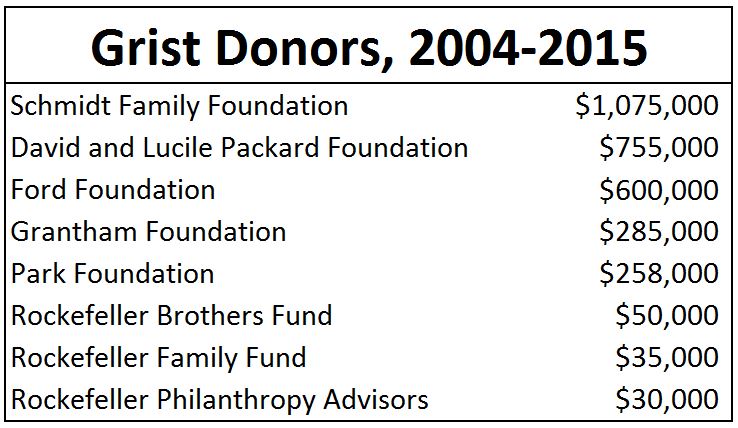 Even CNN, CBS, The New York Times and The Washington Post have used the term “denier” to smear critics of man-made climate change rhetoric.

InsideClimate News, DeSmog Blog and Grist have all been funded by the Rockefeller Brothers Fund, which partly funded the #ExxonKnew campaign.