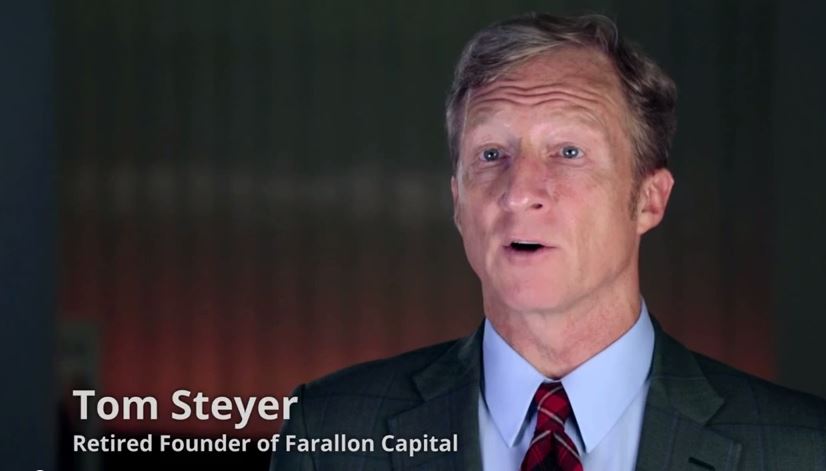 When Democrats unveiled their new party platform at the DNC, it read like the mission statement from Tom Steyer’s NextGen Climate PAC. 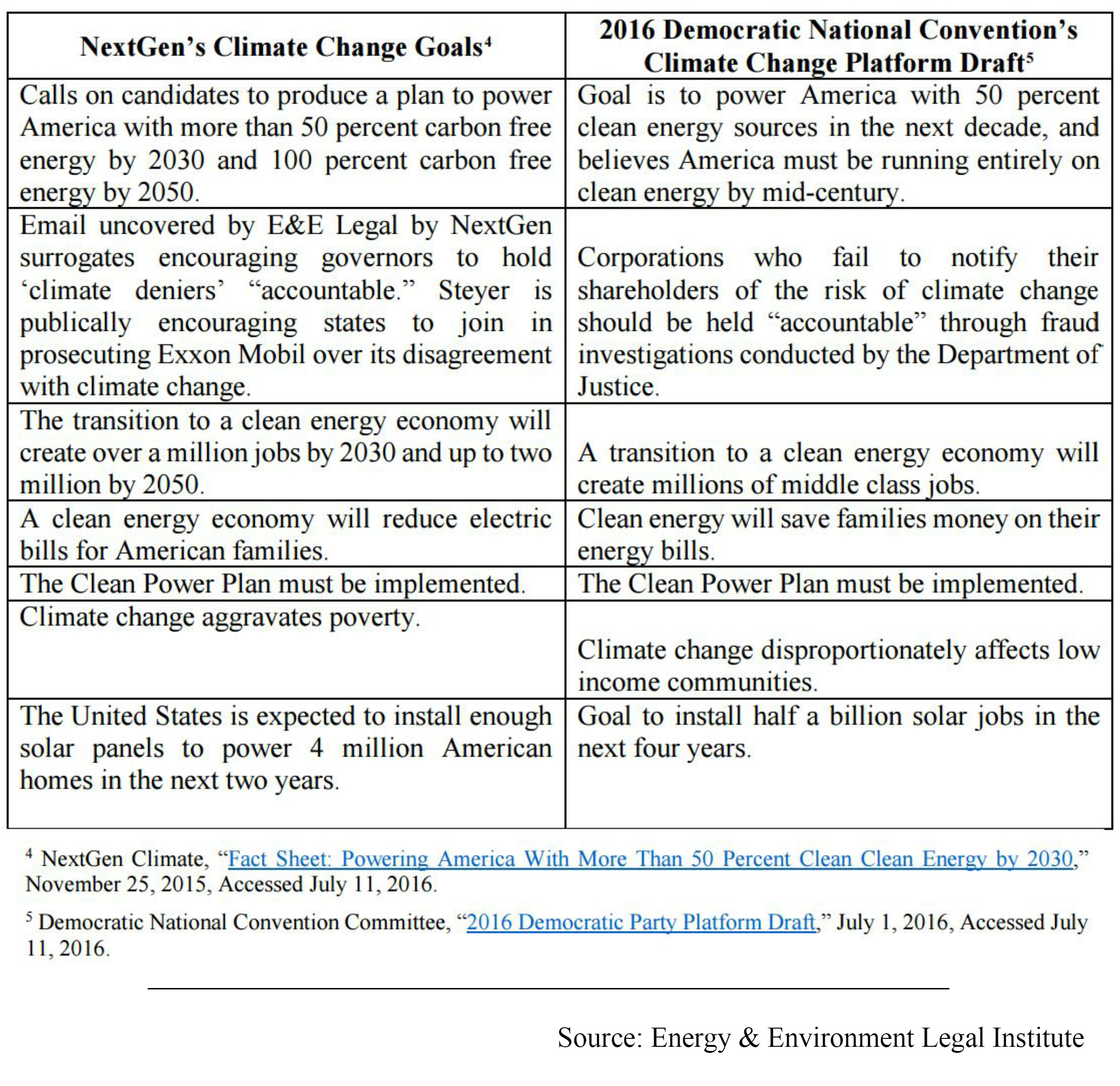 When the final Democratic Platform was released July 21, none of these demands were removed or even softened. That means that Steyer’s liberal, anti-business goals are now official Democratic party policy.

Steyer praised the “most progressive environmental platform” as “a quantum leap forward” from the last platform.

Morning and evening news shows on the broadcast networks have so far ignored the story.

So how did Steyer, a billionaire climate change activist (whose investments set him up to benefit financially from a national “clean energy” focus), insert his personal goals into the Democratic platform?

His runaway spending — $31.5 million so far in this election, and $74 million in the 2014 midterm elections —  made him an indispensable ally to the political left and a force not to be ignored.

Even though Steyer called Citizens United a “terrible decision” in a July interview with Bloomberg saying there was “too much emphasis on money in politics,” records show he doesn’t put his money where his mouth is. But he does put it in politics.

By spending roughly $105.5 million between 2013 and 2016 to force climate change into the mainstream political conversation, Steyer did not only become the top campaign spender four years running. He evolved “from maverick to insider,” according to The Washington Times. Because of the sheer amount of sway his money and PAC now carry, Democrats were on “pins and needles” waiting for him to endorse Clinton for the 2016 election.

Steyer endorsed Clinton in June and attended the Democratic National Convention to speak for a “Winning on Climate Change Together” reception hosted by the League of Conservation Voters, NextGen, the Sierra Club, and other liberal climate change groups.

Of course, he would consider it a “quantum leap forward” since the 2012 Democratic Platform included none of the items on his PAC’s climate agenda. The nearest it came was a reference to a “goal of generating 80 percent of our electricity from clean energy sources by 2035.”

Nevertheless, a spokesman from NextGen tried to discredit claims that Steyer had anything to do with the new platform by telling The Washington Times, “This dirty fossil fuel front group [E&E Legal] dusts off the same false and preposterous press release every year, and it is typically only covered by partisan right-wing websites.”

The spokesperson didn’t say how that was possible, since the side-by-side comparison to the new Democratic platform was published in July 2016.