Salon: Evangelical Promotion of Virginity Has 'Nothing to Do With Sex,' Just Political Power

Following the triumph of the sexual revolution via judicial mandate, some Americans thought that the culture war would at last be over.  Salon, however, disproves that theory by hosting an interview with an author who claims that even Christian purity movements have conspiratorial roots.

The headline was "Evangelicals’ obsession with 'sexual purity' has nothing to do with sex." According to Sara J. Moslener, author of the book Virgin Nation, evangelical sexual purity initiatives 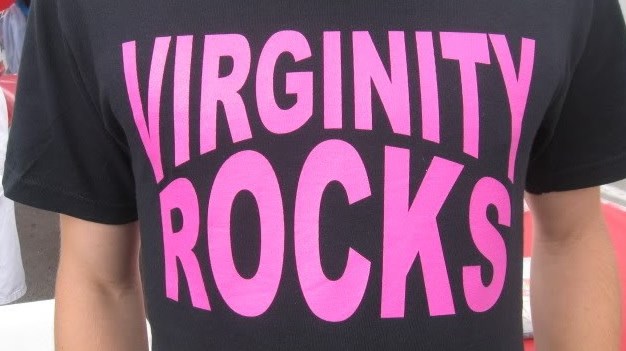 past and present, are not ultimately about promoting a biblical view of sexuality. They are about explaining large-scale culture crises (e.g. Anglo-Saxon decline, the Cold War, changing gender roles and sexual mores) and providing a formula for overcoming those crises.”

If nothing else, Salon’s writers and guests have a knack to tying every conservative or Christian movement back to white men and anti-communism – even though sexual purity of the young is a cause that transcends racial and political lines.

Moslener goes on to say that

sexual purity has never been about personal well-being for evangelical adolescents— or anyone….purity work and rhetoric has emerged at moments when socially conservative evangelicals seek to assert and maintain their political power. Sexual purity isn’t about what Abby and Brendan do on a Friday night, it’s about constructing a view of the United States as a nation in distress and claiming that evangelical Christianity can not only best explain the crisis, but save us from our demise.

So every time an evangelical parent teaches their child abstinence via a purity group it is an indication that they are hard at work contributing to a diabolical right wing Christian apocalyptic national narrative? It can’t be out of love for their child and concern for their spiritual, physical, and mental health? What about politically liberal Christians who teach their children abstinence through purity groups? Are they part of this attempted assertion of “conservative evangelical” political power?

Tellingly, Salon’s guest does not entertain the possibility that the timing of the rise of purity movements less to do with a conservative evangelical power grab and more to do with the fact that purity movements are unnecessary when the Christian ethic of purity is shared by the populace. You don’t need the antidote if there is no plague.

In the end, this is typical Salon content: picking a benign conservative initiative, charging that there is a conspiratorial angle behind it, and tying that conspiracy to racial and anti-communist roots.