It was outrageous for ABC News to promote Bill Clinton’s spokesman George Stephanopoulos to the top of the political-anchorman heap. It was shameless to keep him there even as Hillary Clinton keeps running for president. Conservatives never felt he was an appropriate choice, and  never felt he sincerely attempted fairness and balance in his “journalism.” 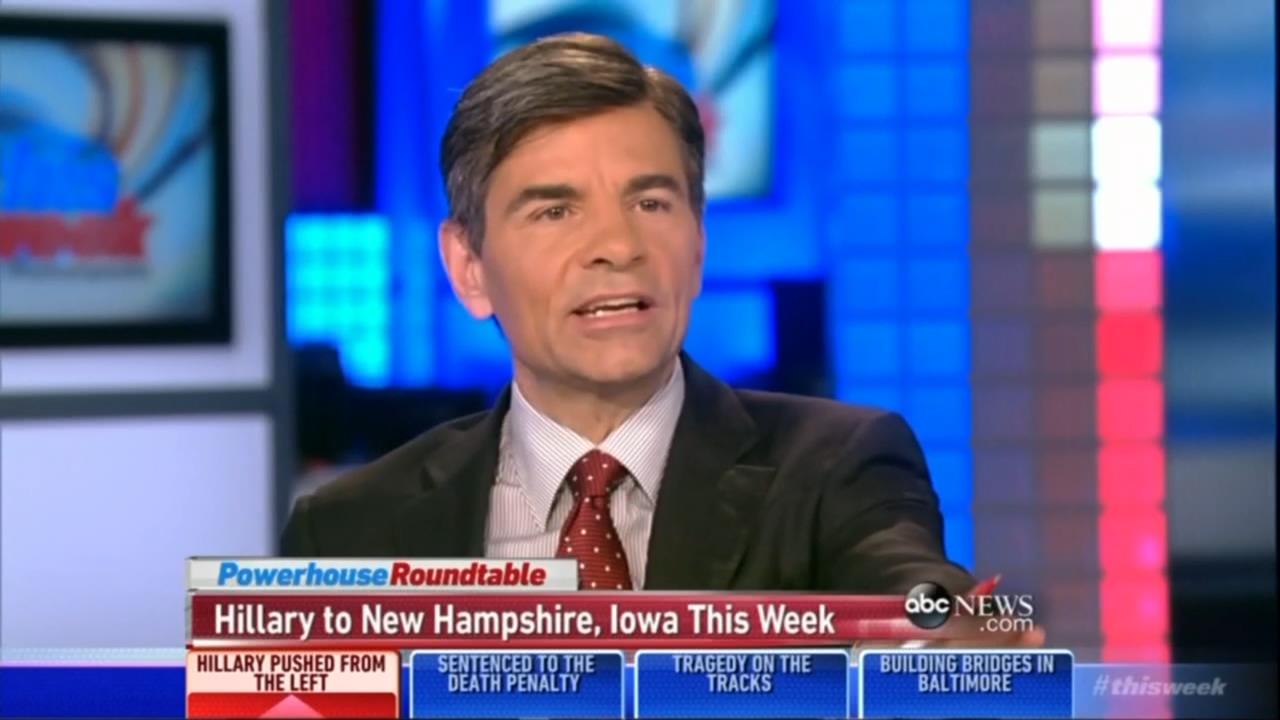 This feeling should belong to every American now that it’s out that Stephanopoulos donated $75,000 to the Clinton Foundation – run by Bill and Hillary – over the last three years. Given his background in the innermost circle of Team Clinton in the 1990s, these donations are either remarkably stupid or remarkably shameless. Stephanopoulos is not stupid. Given his inner-circle status, it's impossible to believe that he didn't know another Hillary presidential campaign was in the works, and in so donating over the last three years was going to underline every accusation that he's in the tank for the Clintons.

Stephanopoulos knew every time he interviewed Bill Clinton about the glorious accomplishments of the Clinton Foundation that he was conflicted, and this was not just unethical but dishonest. He was also a panel moderator at their conferences, and that he even judged contests alongside Chelsea Clinton. But he never disclosed any of this to the viewing audience.

Stephanopoulos knew when he savaged “Clinton Cash” author Peter Schweizer on his ABC Sunday show on April 30, claiming there was “no evidence” that the Clintons had done anything wrong, that he was funding the foundation they were discussing. But he refused to disclose it.

What is it with this Clinton crowd that they are so disdainful of the public?

So the big question is where to place the outrage: with Stephanopoulos, or with ABC News, which is giving America the middle finger by suggesting they don’t care at all about the ethical fiasco they call an “honest mistake.” It’s clear that George wasn’t honest, and he didn’t think it was a mistake in every year he sent his buddies $25,000.

No one should believe anything ABC reports now on the 2016 campaign, and more importantly, conservatives should avoid going on any ABC News shows. ABC has made it clear that they will not hold its employees accountable for unethical and dishonest journalistic behavior. When then should conservatives subject themselves to unprofessionally hostile interviews by former Clinton campaign operatives masquerading as objective journalists?

Most journalists avoid making any contributions to major candidates – unless you were someone like NBC’s Maria Shriver, who donated to her Kennedy relatives with no one blinking an eye. Most journalists know that the Clinton Foundation was all about building up Bill Clinton’s post-presidential legacy, so they have avoided that trap. (PBS anchor Judy Wooduff mysteriously sent a small $250 contribution in 2010, which she just disclosed).

It was more common for national journalists from Katie Couric to Tom Brokaw to Christiane Amanpour to join Stephanopoulos as speakers at the annual fall conference of the Clinton Global Initiative. They were donating their celebrity to the Clintons, but not their cash. But even there, we’ve just learned Stephanopoulos went the extra mile, even judging a Clinton Global Initiative contest alongside Chelsea Clinton on how students can educate their peers on “America’s debt crisis.”

He just had to show he was even more servile than the other liberals.

The rest of the political and journalistic elite know this Clinton-Stephanopoulos connection for what it is. He’s as much a “journalist” as Chelsea Clinton was when she was hired at NBC News. Both hirings were journalistic pranks on the American public.