On Inauguration Day, 2009, the White House website declared President Obama’s administration would become “the most open and transparent in history.” By the end of the next day, Obama had issued high-profile orders pledging “a new era” and “an unprecedented level of openness” across the massive federal bureaucracy.

This has become a cosmic joke.

The entirety of the Obama Era is marked by secrecy, obfuscation, and if all else fails, sheer dishonesty. Even allies in the network news acknowledged on Tuesday it was a damaging story that Secretary of State Hillary Clinton had never used a public e-mail account during her four-year tenure at Foggy Bottom. 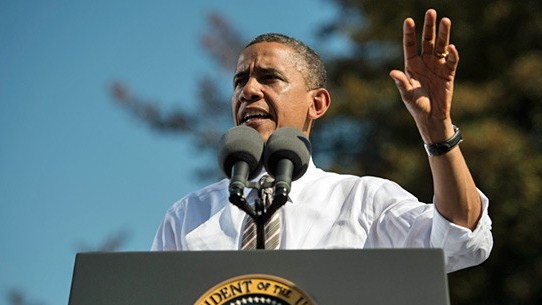 What is it about these elites that they believe rules just don't pertain to them?

But even then, the reporters didn’t seem to admit this was an Obama administration problem, not just a Hillary problem. On the same day, news was breaking in The Washington Times that Mark Levin’s Landmark Legal Foundation had spurred federal judge Royce Lamberth to broadside the Environmental Protection Agency that the Freedom of Information Act is for all citizens, not just your biggest supporters. EPA dragged its feet on Landmark’s requests for documents – especially before the 2012 election – and generally treated them like pond scum.

“The recurrent instances of disregard that EPA employees display for FOIA obligations should not be tolerated by the agency,” the judge said. “It is plain to this court that EPA perceives Landmark as an enemy....This court would implore the executive branch to take greater responsibility in ensuring that all EPA FOIA requests — regardless of the political affiliation of the requester — are treated with equal respect and conscientiousness.”

"Afflict the comfortable and comfort the afflicted." The press is infatuated with that self-awarded grandiosity. They are The People’s Representative, speaking truth to power, casting spotlights on injustice. Blah, blah, blah. When Democrats are in power, transparency goes out the window and our knights in shining armor are nowhere to be found.

It’s not just Levin’s lawyers who have demonstrated Team Obama’s disregard for answering Freedom of Information Act requests. Conservative activist and author Christopher Horner laid out an astonishing case against the Obama administration in his book The Liberal War on Transparency.

In the scandal surrounding Solyndra’s bankruptcy after government “investments,” Energy Department official Jonathan Silver instructed department staffers: “Don’t ever send an email on DOE email with personal email addresses.” He wanted to hide these communications from a subpoena.

Why is this administration so bold in its lawlessness? Perhaps it is their confidence that the news media will look the other way.

How Team Bush would have enjoyed that treatment.

In January of 2007, with Democrats newly in control of Congress, the networks attacked the Bush administration for interference with “scientists” inside EPA to withhold information on “climate change.” Transparency was all the rage.

Matt Lauer’s stubbly hair was on fire:  "Now to a controversy in Washington over what literally could be the end of the world as we know it. Did the Bush administration freeze out scientists trying to sound the alarm on global warming?” Not to be outdone, ABC ran a report predicting doom within ten years, asking the on-screen question “Will Billions Die From Global Warming?”

The only thing that becomes transparent from observing the Obama administration’s war on transparency is the shameless partisanship of the “news” media. It won't be long before they begin to insist that any protest against Hillary’s private e-mailing is just another in a long string of desperate Vast Right Wing Conspiracies.